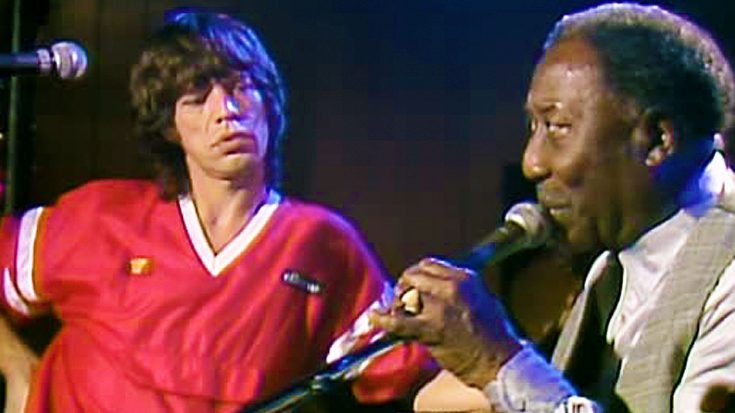 What a pleasant surprise!

Everyone who is a fan of The Rolling Stones knows that the band was built upon a heavy influence of blues music. In fact, just recently the Stones released their first album in 10 years, which ended up being a blues cover album titled Blue and Lonesome. There’s no doubt that blues music is deeply rooted in the Stones’ history, and this performance further proves that!

In this video which was filmed in 1981, Muddy Waters is playing a show in Chicago, Illinois. As Muddy is jamming away on stage, he stops his performance when he notices that Mick Jagger is hanging out in the crowd. After numerous attempts, Muddy finally coaxes Mick to join him on stage for an epic jam session! After one verse, Mick and Muddy convince Keith Richards to join them on stage! Keith hits the stage, grabs a guitar and plays an incredibly funky guitar solo that every rock and blues fan will totally dig!

Check out the epic video down below, and reminisce on one of the best jam sessions in rock history!