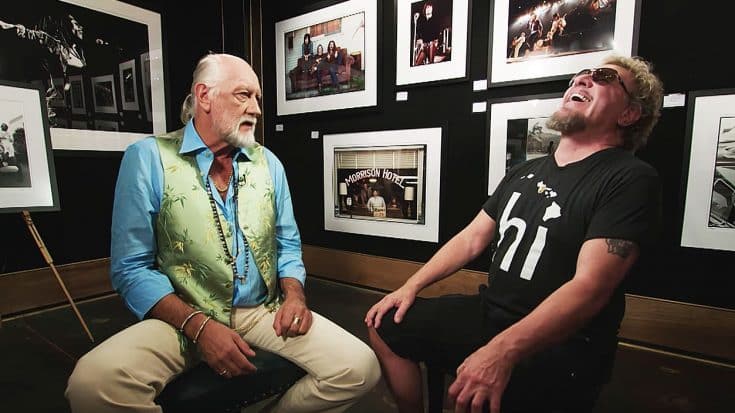 What A Funny Moment??

Here you have two rock legends. On one hand you have Mick Fleetwood, drummer for the legendary rock band Fleetwood Mac. This man is without a doubt one of the most iconic and influential drummers in all of rock music. He has a playing style and on stage charisma like no other and he is often imitated, yet never duplicated. He is one of the best, pure and simple.

On the other hand you have Sammy Hagar. As an accomplished solo rock singer and known for fronting Van Halen and Chickenfoot, this man has proven to be one of the most powerful and charismatic rock singer that has ever taken to the stage. He too is one of the best, pure and simple.

What you’re about to watch is a video in which these two legends sit down together and talk. In this particular video, Mick Fleetwood opens up about his past, and when he does, Sammy Hagar just ends up laughing. But why? Well, watch and find out for yourself!