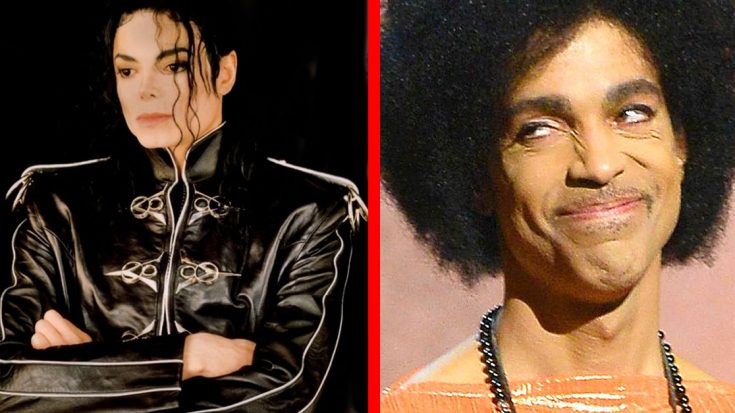 Michael Jackson hated Prince, and Prince knew it – in fact, stories abound of the Purple One going out of his way to deliberately irk Jackson and to be entirely honest, they’re pretty hilarious. While we know that Prince joined us in our amusement at Michael’s expense and got more than a few laughs out of his late rival, this morning it was made clear that Michael was the only one unable to laugh at Prince’s shenanigans.

In newly surfaced tapes dating back to Jackson’s 1988 biography Moonwalker, the King of Pop revealed his intense dislike for Prince, calling him “so rude, one of rudest people I have ever met” and accusing him of being “very mean and nasty” to Jackson’s family. Interestingly enough, Michael goes on to finally explain exactly why he couldn’t stand Prince, and it all boils down to one sad truth: jealousy.

“I don’t like to be compared to Prince at all,” Jackson is quoted as saying. “I have proven myself since I was real little. It’s not fair. He feels like I’m his opponent.

I hope he changes because boy, he’s gonna get hurt. He’s the type that might commit suicide or something.”

By Michael’s logic, Prince’s talent and success were somehow worth less than his own as Michael had forged his lifelong career as a small child whereas Prince had to grow into the multi-talented, multi-faceted musical powerhouse we eventually knew him to be. Sad, considering that despite how Michael felt about Prince, Prince ultimately knew greatness when he saw it – which to us is the only reason why an artist of his caliber would have spent so much time and energy getting under Michael’s skin.