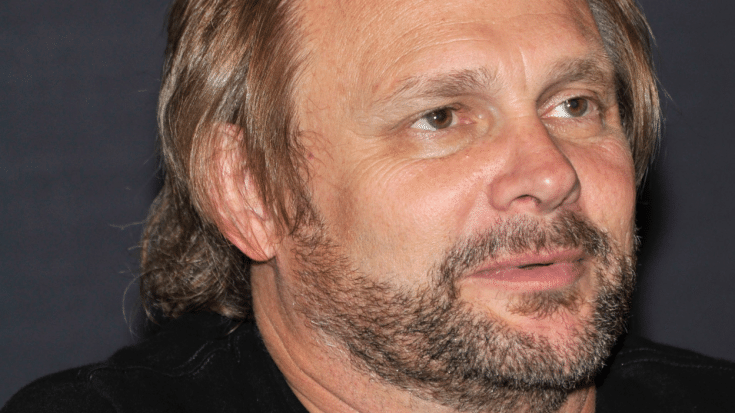 After months of speculation as to whether or not Michael Anthony would be rejoining his Van Halen bandmates for a rumored summer fling, we finally have an answer straight from the man himself.

Anthony, 64, has officially shut down any and all rumors surrounding a possible return to Van Halen, confirming to shock jock Howard Stern that while he was, in fact, contacted by Van Halen’s camp, nothing came from the discussions.

Which, at least for now, spells the end of any hopes for a classic era Van Halen reunion featuring Michael Anthony on bass.

“I was actually contacted by their management last October, to see if I would be interested in something,” he confirmed. “And that’s basically as far as it went. I think they were trying to put something together on their end, management was, and something broke down on their end and the plug got pulled.”

A little R&R in the motorhome with the family before the start of The Circle tour with @Sammy-Hagar, @jasonbonham, [email protected] Johnson!! #lovethemotorhome #thecircle #readytorock

So Where Did The Rumors Even Start?

As we reported back in February, David Lee Roth was fanning the flames of a possible Van Halen reunion, complete with a stop at Yankee Stadium. “When we come back through town in the summertime and do the original thing, maybe somewhere sportin’, maybe with somebody famous,” he told Vulture. “…my rock band will be playing the same place that the Yankees play.”

Not long after, it was rumored that if Van Halen’s plans for a stadium tour had turned out to be true, they’d be missing a familiar face…Wolfgang Van Halen, who would have stepped aside to allow for Michael’s return to the band.

Radio personality Eddie Trunk revealed via Ultimate-Guitar that rumblings in the music industry surrounding Anthony’s return to Van Halen were getting stronger and louder, and while unconfirmed at the time and merely rumors, for a moment he looked like he may have been onto something big.

“The rumors from reliable sources – but still rumors that are unconfirmed – is that the band will tour in 2019 with the original band, which would mean the return of Michael,” he revealed. “So again I cannot stress enough that is not confirmed in any way shape or form but there are starting to be some real substantial rumors about that as we close out 2018.”

Despite rumors that no one from Van Halen’s camp had attempted to contact Michael Anthony regarding the possibility of a reunion, former Van Halen singer Sammy Hagar called shenanigans. While speaking with Eddie Trunk a few months ago, Hagar revealed that Van Halen’s camp had, in fact, contacted Michael as recently as 6 months ago.

“…got the call six months ago from management, saying, ‘Are you interested?’ He said, ‘Yeah, you know, I’m doing a record with Sammy right now, it depends. We’re booking shows, so you know you’d have to work around it.’ And they said, ‘Okay, we’ll get back to you,’ and that was it.”

Unfortunately, that’s where it ends.

Sammy shared that as far as he knew, nothing more came of that conversation since it took place 6 months ago, and swore that neither he or Michael knew anything more than fans did. Sure, it makes sense that they’d be left in the dark – but for a second there was also the distinct possibility that much like Guns N’ Roses’ reunion in 2016, everyone involved is sworn to secrecy until it comes time to make an official announcement.

“I’m not trying to hide anything, like I know something but don’t know something,” swears Hagar. “Michael and I have had the conversation. I’m telling you, Mike don’t know s–t. Eventually, somebody’s going to have to give the guy a call.”

Rough break for Van Halen fans, but hey – at least we know!