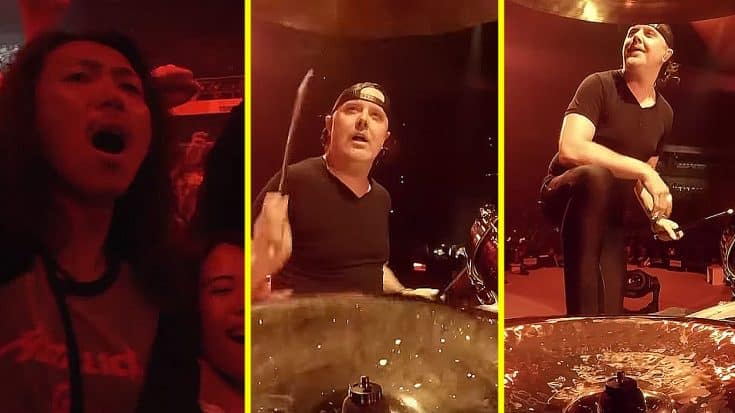 Now THAT Took Some Skill!

When you’ve been playing sold out arenas for as long as Metallica have, you’re bound to develop some unique instincts. For example, Metallica have this incredible ability to play off the crowd no matter what they’re doing. They’ve been doing this since day one and it’s always been awesome.

They managed to pull this off once again just a few weeks ago in Helsinki, Finland when upon finishing their iconic hit song “The Memory Remains”, the crowd kept singing the hook in unison, despite there being no instruments going.

As you’ll hear here, Metallica are certainly able to pull off some of the coolest on-stage moments in rock history and what you’ll see here is what we describe as a moment that simply writes itself. To put it simply, the fans in Helsinki, Finland fell right into Metallica’s musical trap, so to speak, and thus an epic moment was created when Metallica knew JUST what to do. See for yourself!