For Chris Cornell’s Wife, His Death Was The Single Worst Day Of Her Life…Until This Day Came 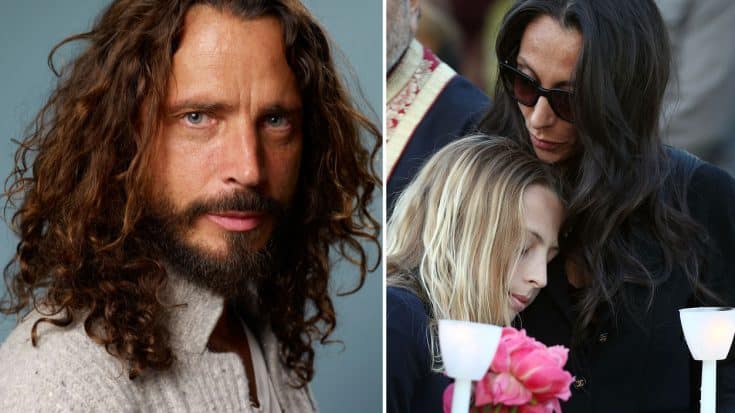 For Vicky Cornell, widow to late rock icon Chris Cornell, May 18th will always be the worst day of her life.

As she fought for answers and racked her brain trying to pinpoint where things went so horribly, horribly wrong in hopes that maybe she could turn back time, go back to that moment and stop it before it happened, Vicky Cornell, like so many of us who have lost someone we loved, thought that her husband’s sudden death was far and away the worst day of her life. Surely, nothing could come even close to that day…right?

In a note posted to Twitter, Vicky revealed that the second worst day of her life happened just 8 days later on May 26th, 2017. That was the day of Chris’ funeral – a small, intimate ceremony attended only by family and friends, allowing for a private goodbye without the prying eyes of cameras and fans.

Cornell, 52, was laid to rest at LA’s Hollywood Forever Cemetery. The ceremony reportedly began with Audioslave’s “Like a Stone”playing, as well as “The Promise,” the last song Cornell released before his death. Chester Bennington performed Leonard Cohen’s “Hallelujah” and as mourners exited the funeral later that day, Temple of the Dog’s song “All Night Thing” could be heard playing over a loudspeaker.

“While May 18th will forever mark the worst day of my life, the 26th – a year ago today – marks the second. The day I was forced to lay the love of my life to rest.”

Cornell continues, “I wasn’t ready…I’m still not ready. I didn’t and don’t want to bury my husband.”

She called her return to Hollywood Forever Cemetery on the first anniversary of Chris’ funeral “stepping into a place that serves as a reminder of what I’ve lost, a missing piece that hurts so much,” but was quick to thank fans for the tremendous outpouring of love and support through their own grief and confusion for giving her the strength to push on and for paying forward the love Chris Cornell put into his music “a hundredfold”.

“In this last year, the outpouring of love and support from all over the world reinforced my determination to work on everything my husband wanted to see fulfilled, and everything he stood for. From his music, to his heart and soul as a father and as a husband.

I will speak his name every day. I will continue to keep the promise for him and Chris will live forever in the present.

The thing that no one tells you about grief is that it feels an awful lot like walking around with your heart on the outside of your body. For the last year, Vicky has been doing just that – walking around with her heart on the outside of her body as she navigates a life without the man she always thought she’d grow old and gray with, both for herself and for their children.

But it gets easier.

Our hearts are with Vicky and her children today and every day, and here’s hoping that the peace they lost over a year ago will one day return to them.