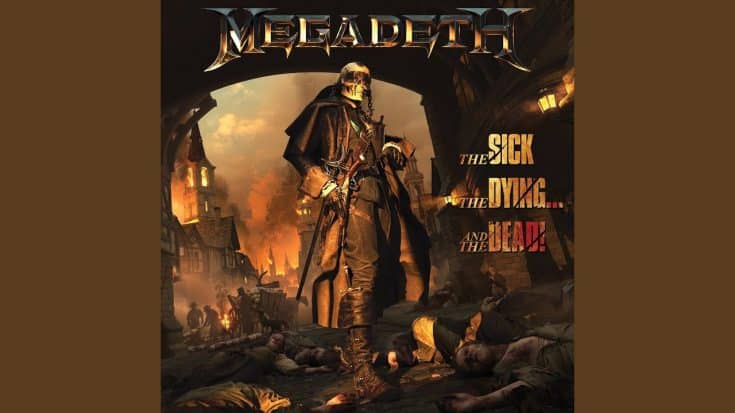 Megadeth has recently unleashed their third single, “Soldier On,” taken from their upcoming album The Sick … the Dying … and the Dead!

The powerful track which launches at full-force from the opening note, propelled by emphatic drums and soaring guitar riffs. Frontman Dave Mustaine pictured out war in a form of lyrics, singing on the chorus:

The song follows the tracks “We’ll Be Back” and “Night Stalkers.” The upcoming album marks as the band’s first LP since 2016’s Dystopia, and will be released on Sept. 2. Mustaine said when the album was announced in June:

“For the first time in a long time, everything that we needed on this record is right in its place.

“I can’t wait for the public to get hold of this!”

The Sick … the Dying … and the Dead! was recorded at Mustaine’s home studio in Nashville. It’s the first new music since Megadeth’s longtime bassist David Ellefson was dismissed in 2021 following a cybersex scandal. Mustaine explained:

“With everything that had taken place over the past, 10, 20 years with my relationship with our past bass player, it just became time to … it’s so uncomfortable for me to talk about.

“It was hard on me letting him go. And I’m happier now than I’ve ever been.”

Megadeth is set to hit the road with Five Finger Death Punch beginning on August 19. Stream the new song below.