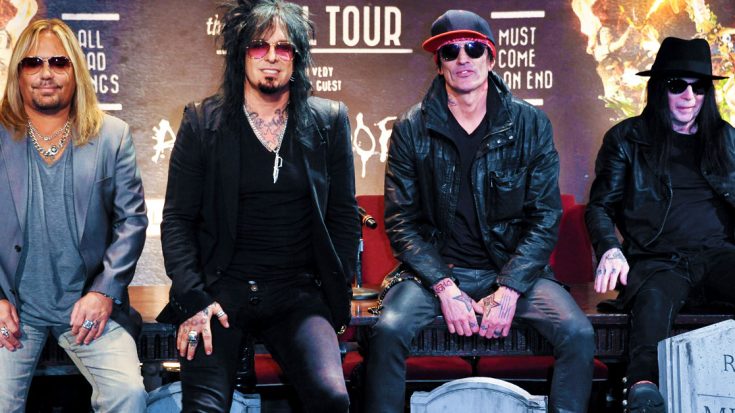 Motley Crue and Def Leppard started hitting the road together early this year. Now, as the two bands approach the last 12 dates of their joint North American Stadium Tour this summer, reports are coming in regarding with how much the tour has grossed.

Pollstar is a longtime live industry trade publication that tracks the numbers and provides statistical rundown. Based on their report, the Stadium Tour has earned an average of nearly $5 million per show in August. The trek that kicked off in June also features Poison, Joan Jett and Classless Act.

Behind only current tours from Ed Sheeran, Coldplay and Red Hot Chili Peppers, Motley Crue and Def Leppard sold an average of 36,513 tickets each night for an average gross of $4,962,861, as Pollstar reported.

The Stadium Tour kicked off in Atlanta after being postponed twice over two years because of the pandemic. Motley Crue drummer Tommy Lee revealed at that first gig on June 16 that he’d broken his ribs and would perform as much as he could, with a fill-in subbing in for him at times during the shows. However, he performed his first full set on June 28 regardless of the doctor’s advice.