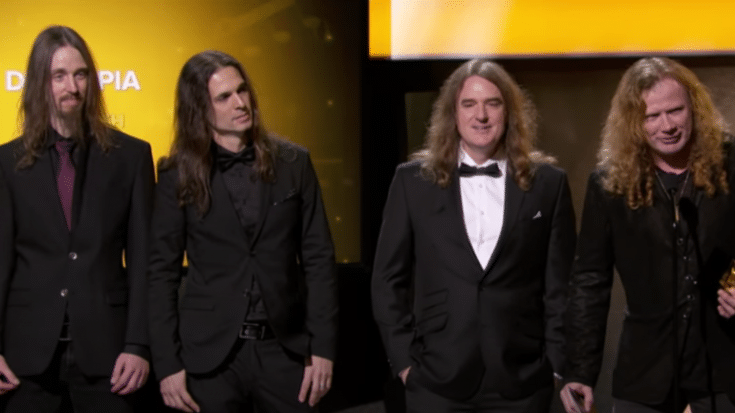 A few days ago, Megadeth bassist David Ellefson found himself in hot water when “personal conversations and interactions” were leaked on the internet and he was accused of grooming a fan. These graphic texts and video made rounds on Twitter.

Ellefson responded that although the “private, adult interactions” had taken place, they were “taken out of context and manipulated to inflict maximum damage to my reputation, my career and family.”

Even the woman involved came forward via social media to clarify that she was not underage when they made those video calls and that she wasn’t groomed. She further explained that it was her who initiated it and at the time, she was “a consenting adult”. And now, Megadeth has issued a statement on the sexual misconduct allegations.

“We are aware of the recent statements regarding David Ellefson, and are watching developments closely. As it relates to creativity and business, we are all familiar with one another,” the band said in a statement. “However, there are clearly aspects of David’s private life that he has kept to himself. As this situation unfolds, it is important that all voices be heard clearly and respectfully. We look forward to the truth coming to light.”

Ellefson co-founded Megadeth with Dave Mustaine in 1983. They’re set to release a new album this year.