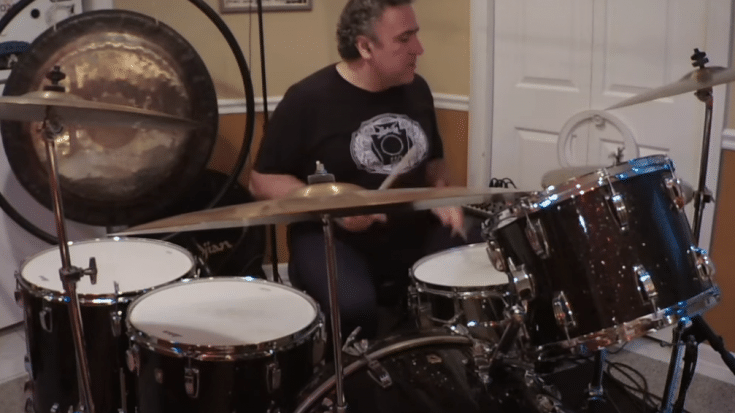 There’s a lot of amazing Led Zeppelin drum covers out there in the internet. Some even make themselves dressed up as the late John Bonham by putting a headband and rocking a mustache to complete the look. But it is so rare to see someone do a cover of Zeppelin that’s not just one song, not just one album, but whole live recorded performances.

A drummer named George Fludas, created a YouTube channel called BONHAMOLOGY, where he covers all of Bonham’s parts in every studio album tracks, including entire playthroughs of live performances, as well as tutorials on Bonzo’s drum solos.

Fludas is a simple fifty-year-old father with a drum kit set in his family’s living room in Chicago. He’s actually a jazz drummer, but has been a fan of Zeppelin almost since the age of 10. His life changed after buying the How The West Was Won live album when it was released in 2003.

From there, he got involved in studying the evolution of Bonham’s playing over the years through released and bootlegged live recordings. He said:

“It was a revelation to be like, ‘Wow, this is all live Bonhams that I hadn’t heard in the last 15 years.’

“I really started collecting shows. … Then he turned to more of an analytical approach. It was interesting to me to hear how he played in different eras, like in the ’70s tours, for example versus ’71. He was integrating different things into his game, different types of phrases or maybe different technical things.”

You can watch some of his incredible Zeppelin covers below.