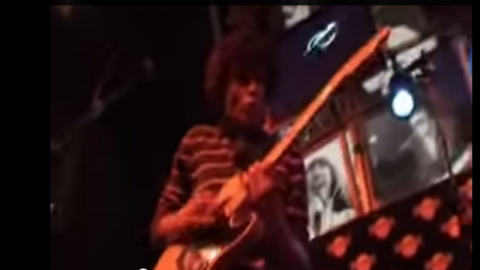 Mattrach is an awesome guitarist who hails out of France. We’ve seen his videos before, and he absolutely destroys Voodoo Child! Some people are born with a natural talent and can just play exactly what they feel and this is one of those people. Here, Matt is at the Hard Rock Cafe and performing.

“[S]omeone was filming when we started doing [Voodoo Child]. We did that about three times because they wanted to film us in the studio, to make us—’Make it look like you’re recording, boys’—one of them scenes, you know, so, ‘OK, let’s play this in E, a-one, a-two, a-three’, and then we went into ‘Voodoo Child’.” – Jimi Hendrix

It’s always a treat hearing this guy shred and the crazy thing is, this is a fairly older video of him when he was younger. Matt has actually evolved over the years and gotten even better, writing and composing his own original stuff. But there’s nothing like a good o’l Jim Hendrix cover. Matt is a fan of Jimi, and so are we!