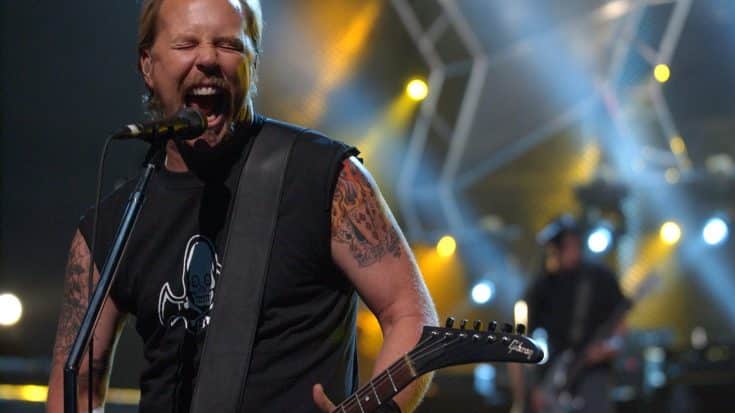 For the first time ever, Metallica’s classic “Master of Puppets” has entered Billboard’s Hot 100 chart as it accumulated over 17.5 million streams in the last week since its feature in the final episode of Stranger Things Season 4 that was aired on July 1.

Metallica are evidently a massive and popular band that have gained a hardcore audience, vastly ranging from metal fans to sporting event’s crowd. Their 16 singles achieved on being charted on the Billboard Hot 100 but not one reached the very peak of the chart.

Despite of the track being 36 years old, it reached the Hot 100 for the first time because of its feature in the popular series finale. The scene of Eddie Munson executing an epic guitar playing performance on “Master of Puppets,” became iconic. Thanks to the Netflix show, the song will undoubtedly continue to become more popular and could make its way to the top.

Another classic song that went viral because of the show was Kate Bush’s 1985 single “Running Up That Hill (A Deal With God)”, and is constantly climbing the charts and more widely known especially on the social media platform TikTok. While, the educational music company Yousician have reported that a couple of days ago, their patrons have raised interest in learning how to play “Master of Puppets.”

In a more detailed data, the song’s interest has been high up to 1,700 percent since July 1, the day of the show’s finale and Eddie Munson’s heroic scene was presented to the world.

.@Metallica's "Master of Puppets" enters the Hot 100 for the first time ever following #StrangerThings, 36 years after release.