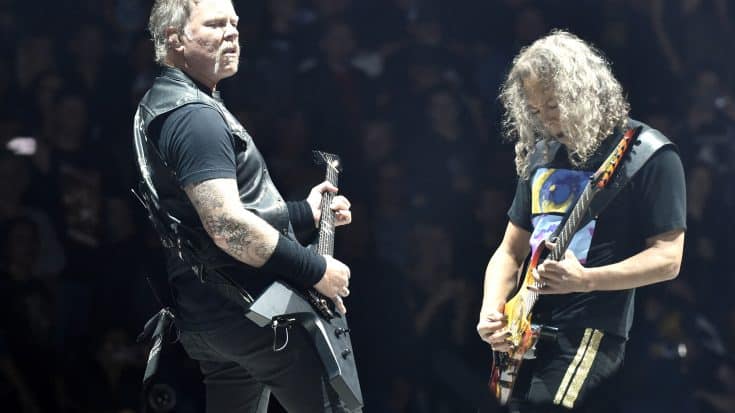 Metallica’s “Master of Puppets” has continued to rise in popularity over the past week, with an amazing 17.5 million Spotify downloads since the Stranger Things Season 4 finale was released on July 1.

Within a few days following the episode’s premiere, “Master of Puppets” made its debut on Spotify’s Top 50-Global chart. As of July 11, the song has 444,117,621 Spotify downloads and an 80 percent popularity score, up from the 426,623,861 downloads it received the week prior. On Google, searches for the song increased by 5000% the day after the final episode aired.

A spokesperson on behalf of AskGamblers said:

“After Kate Bush’s ’80s hit song ‘Running Up That Hill’ saw an incredible climb up the charts following its feature on Stranger Things, Metallica’s ‘Master of Puppets’ could easily follow suit.

“We are seeing similar patterns in terms of download growth, so it might not be long until we see the legendary band reach the No. 1 spot with ‘Master of Puppets’ 36 years after the song’s first release. That would be an incredible achievement, considering the fact that the band, despite their undisputed legacy, never actually had a No. 1 Billboard Hot 100 song in the U.S.”

The band commended Netflix for using a song from their 1986 album and said they were “absolutely blown away” by the show’s finale. Metallica also posted a TikTok video of them grooving to the song alongside the iconic Eddie Munson scene to commemorate its popularity surge.

While, fans should take note that the rockers won’t tolerate gatekeeping within their community. Regardless of how long a fan they are or whether they first became interested in Metallica as a result of watching Stranger Things, the band wrote on their TikTok account:

“Everyone is welcome in the Metallica family.

“All of you started at ground zero at one point in time.”