Maroon 5 Perform ‘Ticket To Ride’ In Front Of Paul And Ringo, And They Can’t Help But Sing Along! 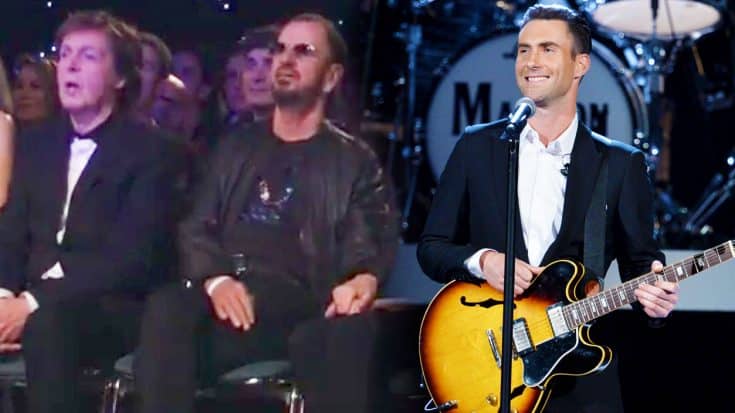 Back in 2014, an event was held that celebrated the legacy of the greatest band to walk the earth: The Beatles. The ceremony celebrated the band’s 50th anniversary, and consisted of current bands hitting the stage to perform the most popular Beatles hits, and their personal favorite hits from the Fab Four.

During the show, American rock band Maroon 5 hit the stage for an electrifying performance of the smash hit “Ticket To Ride.” Maroon 5 were the perfect choice to cover this song, because it sounds incredibly similar to some of the music they’ve released in the past. As Paul McCartney and Ringo Starr looked on, Adam Levine sang his heart out, and Maroon 5 turned in a wonderful performance of this classic that even had Paul and Ringo singing along at one point! We guarantee when you listen to this, that you’ll be singing along and bobbing your head as well.