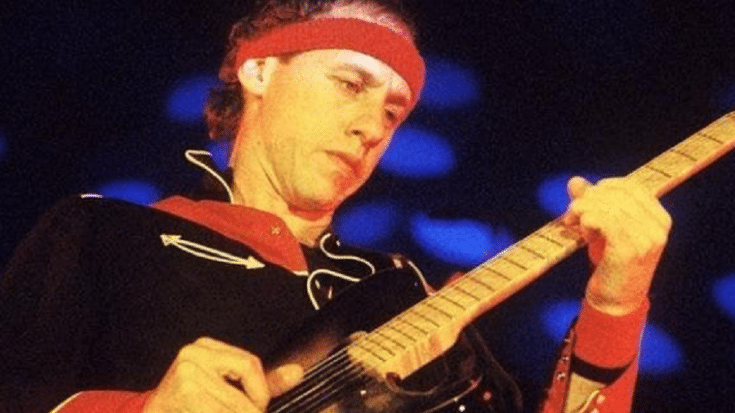 Mark Knopfler is a virtuoso. He becomes one with his guitar and his mastery of the instrument is flat-out amazing. Just check out this isolated guitar track from Dire Straits’ 1978 classic hit Sultans of Swing. It’s clean, delicate, and intricate – almost like he’s handling something fragile in his hands. The song itself is impeccable but it was Knopfler’s solo which took it to the next level. Without that, it wouldn’t have been as iconic.

Initially, Knopfler didn’t think much about the song. However…

“I thought it was dull, but as soon as I bought my first Strat in 1977, the whole thing changed, though the lyrics remained the same. It just came alive as soon as I played it on that ’61 Strat which remained my main guitar for many years and was basically the only thing I played on the first album and the new chord changes just presented themselves and fell into place.”

And that’s where the magic began. It became the highlight of the band’s eponymous debut album and even today, over four decades after its release, it’s still being revered by every guitar player on the planet. Just check out the video below and you’ll know what we mean.