Man Tackles Dire Straits’ War-Torn Tune ‘Brothers In Arms,’ And His Amazing Voice Will Blow You Away! 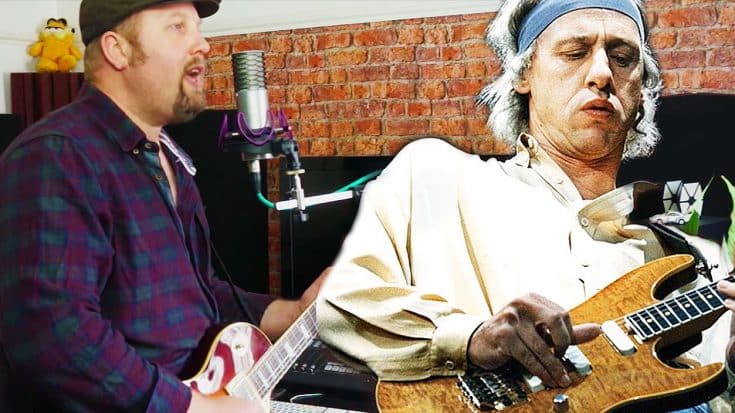 I couldn’t believe my ears!

In 1985, Dire Straits released one of their most haunting songs of all time. It was the title track off of their album Brothers In Arms, and give the album a melancholic conclusion that sends chills down any listener’s spine.

YouTube vocalist and guitarist David Knight teamed up with fellow YouTube drummer Sina, and covered this song to perfection! Knight’s voice is seriously out of this world, and his guitar playing emulates a perfect blues vibe! Sina’s drumming is top notch, as always, and she doesn’t overpower David. She lets him have the spotlight, and takes a backseat role in this video!

Fun Fact: This song is about the Falklands War, which was going on when Dire Straits lead singer Mark Knopfler wrote the song. The Falklands War was a conflict between Argentina and England over islands off the coast of Argentina that each country claims rights to. The islands are British territories, but in 1982 Argentina tried to reclaim one of the islands. Britain reclaimed their territories, but lost 258 soldiers in the conflict.