Man Performs “Bohemian Rhapsody” Solely On Guitar, And It Will Restore Your Faith In Music! 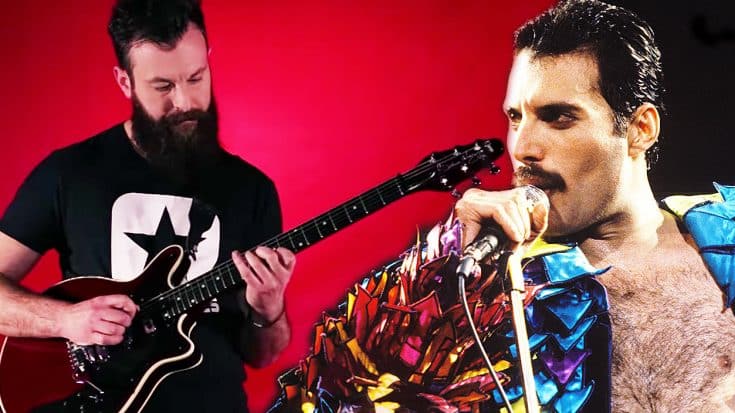 This guy needs to release an album of covers!

Everyone knows Queen’s historical song “Bohemian Rhapsody.” From top to bottom, this song may be the most beautifully crafted songs in the history of music! Everything from the lyrics, vocals and instrumentals is near perfect, and there might not be anything else like it written in the future!

Fun Fact: “Scaramouche” is actually a character in commedia dell’arte.

With that being said, have you ever wondered what this song would sound like if it were stripped down to a simple guitar? Well, YouTube guitarist Chris Mike did just that, and stripped this song down to its most basic form. He played the entire song on an electric guitar, and it straight up sounds like something Jimi Hendrix would play!

It’s pretty fascinating! Mike adds his own effects with some pedals, a whammy bar and distortion. Sometimes the effects are a bit overwhelming, but in the end it all works out pretty great!