Man Destroys Blues At Bar, His Fingers Are Like Lightning! 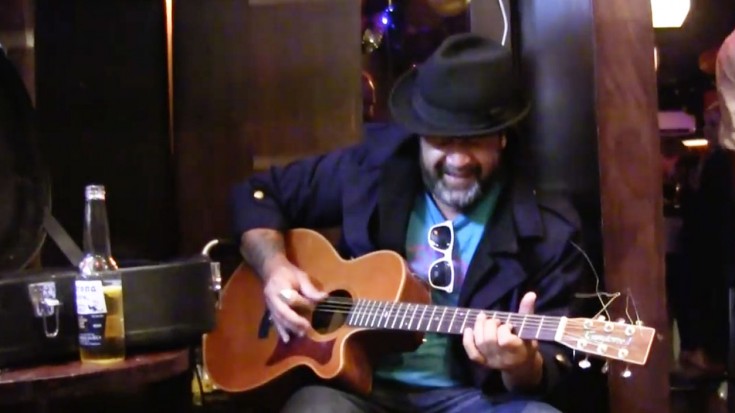 With Blues in his name, you know Andy is the real deal.

This may be one of the fastest blues guitar players we have ever seen! Andy Blue, just a simple man with an acoustic guitar wows everyone at this bar with his speedy blues and is asked to leave for being to good! (Okay, we’re not sure if that really happened, but it would be kick ass!)

As you can see in the video, Andy is not on a stage or performing for a live audience, he just felt compelled to bust out a beastly blues tune while enjoying a Corona at his table– in the middle of the day.

Interesting Fact: Stevie Ray Vaughan’s first band was called Paul Ray and the Cobras, who played around Austin in the 1970s.

Just like Andy is doing here, Stevie played because it made him happy, it did not matter where he was or if he was playing a paid gig- it was for the love of the blues.

Rock on Andy, we think you’re awesome. Watch out for those busted strings though!