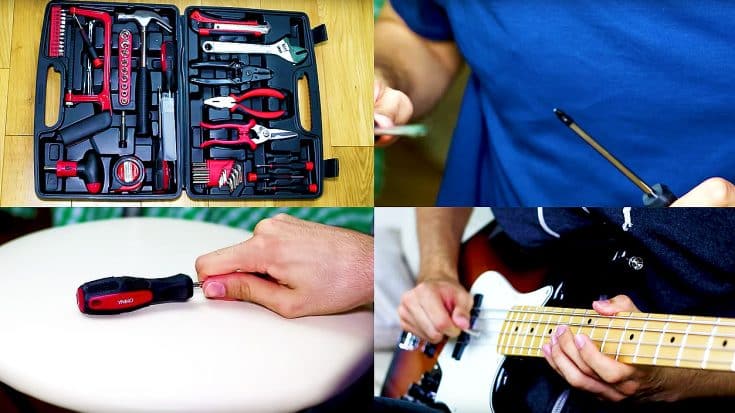 Wow, This took some major creativity!

In the 90’s, the band Tool ruled the airwaves when it came to hard rock! Tool has some amazing musicians in their band, and they’ve become regarded as one of the most musically talented bands in history.

Tool’s music is complex enough to play, but recently, a massive Tool fan decided to take covering their music to the next level! The fan had the crazy idea to cover a medley of Tool songs using tools! That’s right, he played guitar with an allen wrench, used a ratchet to keep beat, played the drums with a screwdriver and a hammer! Some of the songs he covers include “Schism,” “Sober,” “Forty Six & 2” and more! The covers are flawless, and your jaw will be on the floor in amazement at how accurately close to the songs he makes them sound!

Check out the tight video down below, and let us know what you think!