Man Chops Fiery Blocks Into Pieces While Shredding Guitar, You Won’t Believe This 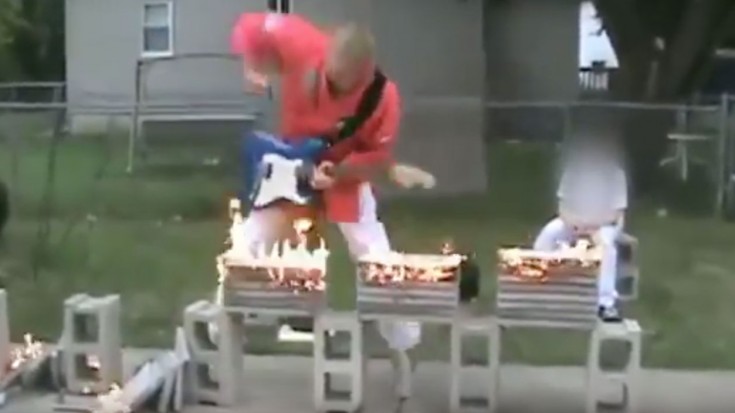 Everybody Was Kung Fu Fightin’

This insane Russian man attempts to apply his karate skills on 7 concrete bricks, that are ON FIRE, while shredding a gnarly solo on his electrical guitar. What?! Yes, just watch.

As he manages to destroy this solo, “rockstar ninja” as we nicknamed him, since we do not speak/read a lick of Russian, wows us with his incredible ability to chop thick, leveled, concrete bricks into fiery debris.

Toward the 6th brick, the man starts to really feel the intense burn of the fire, but with his friends help and encouragement he continues on to the last two blocks. After lighting the guitar’s head on fire, during the very last stack, wait for it… he bashes it in with his head, again, WHILE IT IS ON FIRE.

Although we are not sure of the man’s name, karate level or the song that he is jamming out to, we are ridiculously impressed by the mental and physical strength that he exerts in this once-in-a-lifetime presentation of combined sport and rock skill.