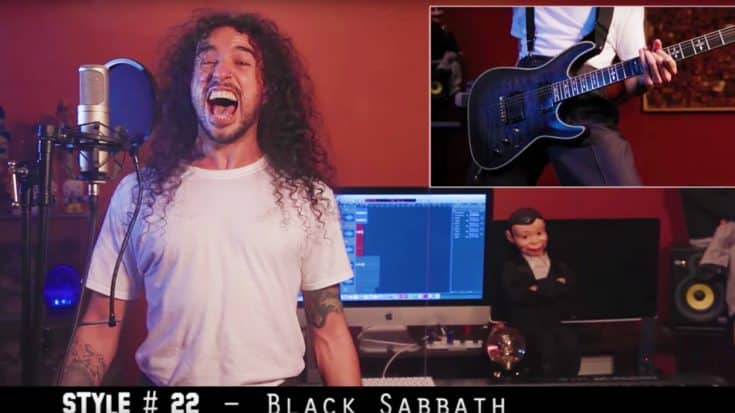 Give it up for this guy!

When the Fed Hot Chili Peppers burt onto the scene in the late 1980’s, they were one of a kind! No one had ever really heard of a band that had their style, which blended elements from rock, hip-hop, rap, funk, and blues. They turned the rock world upside down, and have been one of the most polarizing bands in music history!

With their unique style, you would imagine it would be difficult to strip it down, and hear what they would sound like if they modeled their style after a standard classic rock artist. But this man has taken the challenge, and proved to us all that it’s nowhere near impossible! YouTube user Ten Second Songs covered the Chili Pepper’s smash hit “Give It Away” using the styles of artists like Axl Rose, Ozzy Osbourne, Frank Zappa, The Beastie Boys and ABBA. He molds the styles around the song perfectly, and throughout the video you’ll have some pretty great laughs!