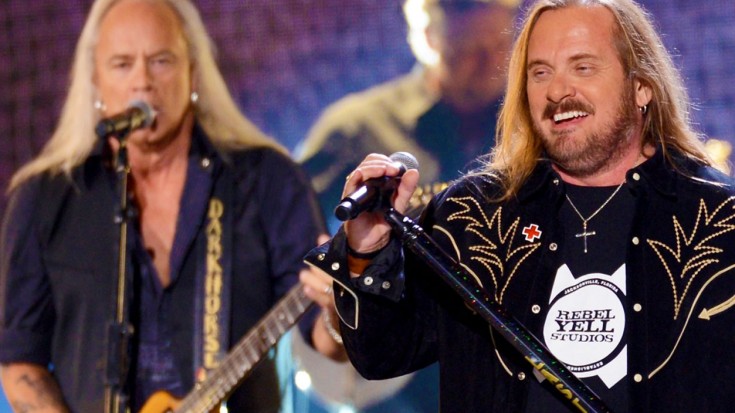 Tuesday’s Gone With The Wind

When Ronnie Van Zant, frontman of Lynyrd Skynyrd was killed in a plane crash in 1977, no one thought the band would be able to recover, much less be touring nearly 40 years later – but they are, and they’re better than ever! This performance of the iconic ‘Tuesday’s Gone’ has everything we’ve come to love about Lynyrd Skynyrd, plus a little extra: they included a string orchestra to accompany them!

Gone With The Wind

‘Tuesday’s Gone’ was band frontman Ronnie Van Zant’s realization that his normal life is finished forever with the band’s new MCA/Sounds of the South record deal. “Tuesday,” representing life as it was, is gone with the wind.

Ronnie had a great way of writing lyrics that would be his legacy, but his brother Johnny and this current incarnation of Lynyrd Skynyrd have an even better way of doing justice to Ronnie’s legacy. There’s a certain level of soul to this rendition of ‘Tuesday’s Gone’ that only a Van Zant boy could pull off!

It’s definitely an iconic song. It has been covered by Metallica and Hank Williams, Jr. and Black Stone Cherry lead singer Chris Robertson once said that this track had a huge impact on him as a musician. He told SongFacts:

“Even when I was a kid that song just evoked a feeling in me that I could never describe. Still to this day that song makes me cry. Whenever we play with Skynyrd and they do that, that song puts tears in my eyes.”

When you watch this performance, it’s hard to not experience some level of emotional response; this is definitely one that’ll tug at your hearts!