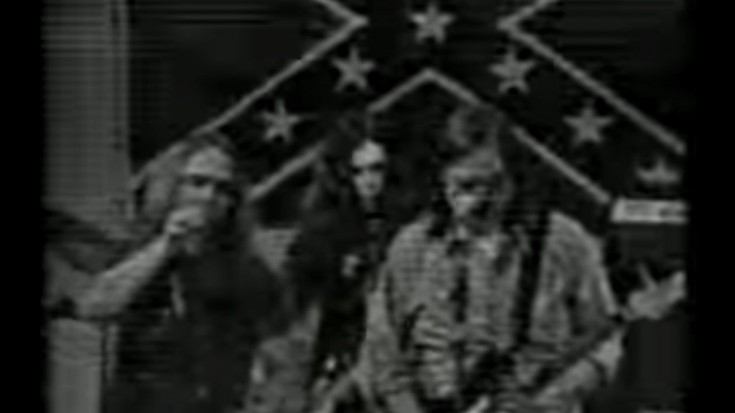 How Good Is This?

“Don’t Ask Me No Questions” continues to be a staple in various classic rock radio stations even though it was released over 40 years ago. Penned by Ronnie Van Zant and Gary Rossington, it was recorded in Los Angeles on January 1974 for Lynyrd Skynyrd’s 2nd album “Second Helping.”

Its notable features include the guitar riff and lyrics. It was written while Van Zant and Rossington were on a fishing trip. It was memorable not just for the listeners but most especially for the band. It doesn’t get any better than this!

The song is a message to the people who did not want anything to do with the band during their early years, but became demanding when the band became successful.

It’s definitely one of their best songs ever!

Well everytime that I come home nobody wants to let me be
It seems that all the friends I got just got to come interrogate me
Well, I appreciate your feelings and I don’t want to pass you by
But I don’t ask you about your business, don’t ask me about mine

Well its true I love the money and I love my brand new car
I like drinkin’ the best of whiskey and playing in a honky tonk bar
But when I come off the road, well I just got to have my time
‘Cause I got to find a break in this action, else I’m gonna lose my mind

Well, “what’s your favorite color and do you dig the brothers,” is drivin’ me up a wall
And everytime I think I can sleep, some fool has got to call
Well don’t you think that when I come home, I just want a little peace of mind
If you want to talk about the business buddy, you’re just wastin’ time

I said don’t ask no stupid questions and I won’t send you away
If you want to talk fishin, well I guess that’ll be OK