Her Feet Barely Reach The Floor, But It’s What Her Hands Are Doing That’ll Blow You Away 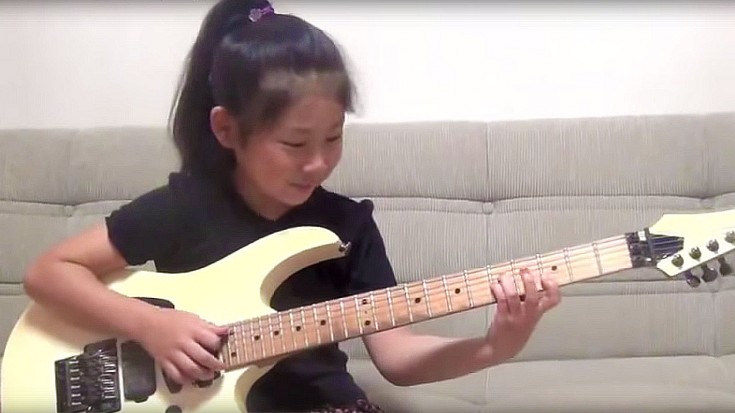 How Is She So Fast?!

At 8 years old, Japanese guitar prodigy Li-sa-X is making quite a fuss with her YouTube videos, featuring her shredding whatever progressive rock song she’s into at the moment. In this particular video, Li-sa shreds ‘Fives’ by English guitarist and music instructor Guthrie Govan, known for his intricate guitar work that won him the 1993 title as winner of Guitarist magazine’s “Guitarist of the Year” competition.

Judging by Li-sa’s playing, she may not be too far from taking that title herself one day!

Li-sa’s playing got the attention of Racer-X guitarist Paul Gilbert, who was so impressed by her rendition of his song ‘Scarified’ that he gave her a full scholarship to his online guitar school!

Li-sa continues to blow the internet away with her once in a lifetime talent, and with the attention she’s gaining from famous bands and guitarists all over the world, there’s no doubt that we’ll be seeing nothing but greatness from this young lady for years to come!