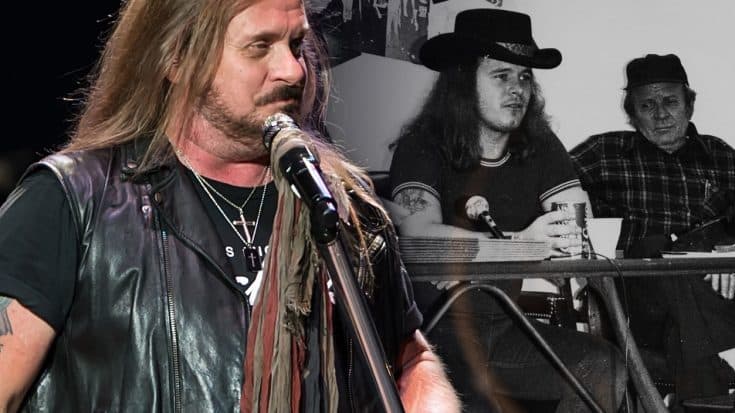 Lynyrd Skynyrd’s seventh studio album The Last Rebel is an amalgam of everything we’ve come to love about the band through the decades. With tracks like “The Last Rebel” and “Can’t Take That Away” that celebrate the values and ideals on which America was founded, songs like the fiery album closer “Born To Run” celebrate something a little closer to the heart: family.

Running at just under 8 minutes long, “Born To Run” is a tough rocker of a song celebrating Lynyrd Skynyrd patriarch Lacy Van Zant and the men of his generation – men who did what needed to be done to support their families without a second thought, often toiling from sun up to sundown in the pursuit of the American Dream and armed only with a firm faith in God and an unshakeable work ethic.

If The Last Rebel’s opening track “Good Lovin’s Hard To Find” is the band’s way of riding into town for a rollicking good time, then “Born To Run” is their triumphant ride into the sunset, having left us better than they found us. With Johnny’s impassioned vocals saluting the values of an era long since past, “Born To Run” is highlighted by late keyboardist Billy Powell’s twinkling piano riff and later, by a blistering guitar solo that leads into an extended jam session of sorts, not unlike the one at the end of “Free Bird”.

We weren’t lucky enough to know Lacy Van Zant ourselves, but judging by the quality of men he raised – both his own sons and his adopted sons in Lynyrd Skynyrd – it’s safe to say that the man we affectionately know as the father of Southern rock was everything a good man should be, and we’re grateful to have had such a fine human being pave the way for one of the greatest bands in the world.