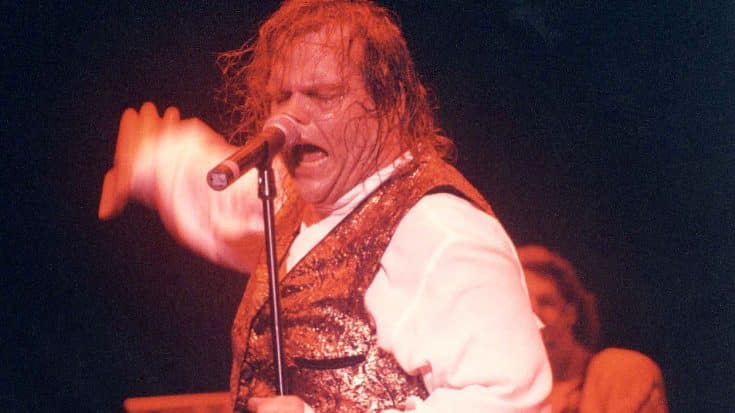 It may have been winter, but it was a hot night at the at The Brixton Academy when multi-platinum recording artist Meat Loaf and his band The Neverland Express rolled through London England in February 1985. It was on this night that Meat Loaf and his band dazzled the those in attendance with a full setlist comprised of 11 songs. Of these 11 songs, the one featured here is the single off of Meat Loaf’s 1977 album Bat Out Of Hell titled “Two Outta Three Ain’t Bad”.

Half-way through the song, Meat Loaf hands it off to his guitarist Bob Kulick for a ripping yet melodic guitar solo. After the solo, Meat Loaf returns to sing the rest of this timeless love anthem. From start to finish this ensemble puts on an absolute clinic on musicianship and showmanship.

At this point, the Bad Attitude Tour was winding down and fortunately for those unable to attend on this night, the concert was filmed and fans now get to see relive amazing live spectacle.

The audience was in awe of this amazing live performance from start to finish and it’s easy to see why. Meat Loaf and The Neverland Express dazzled this London crowd like they did any crowd. See the phenomenal performance here!