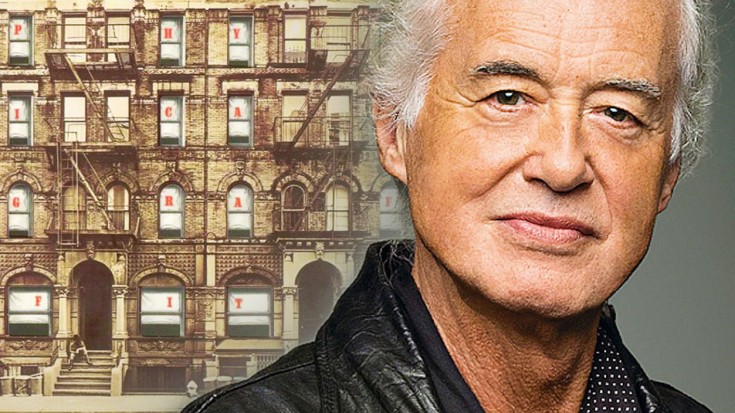 In 1975, rock giants Led Zeppelin released their sixth album, Physical Graffiti. A soundscape of broad sounds that proved to be a definitive summation of the band’s work, Physical Graffiti received a facelift last year for its 40th birthday when Led Zeppelin, wanting it to be heard as it was meant to be heard, remastered the album and reissued it in a whopping 6 different formats. Shortly after the album’s remastering and reissue, Jimmy Page sat down with Kerrang! magazine to discuss the ins and outs of Physical Graffiti – from the way it was originally recorded on analog, to the band’s decision to remaster and reissue it, to why Led Zeppelin chose to record at Headley Grange, Led heads everywhere finally get the behind the scenes look at this iconic album that they’ve been dying for for over 4 decades – and boy, is it a good one!

“It’s The Original 2-Track Tape, Nothing’s Been Remixed. All Of These Things Are The Original.

An interesting part of the interview comes at 4:53 when Jimmy reveals the reason why you’ll never hear a Led Zeppelin song that sounds exactly like another, especially on Physical Graffiti: if any two songs sounded even remotely similar, it went out the window and the band would start over from the beginning. It’s hard to classify any band as ‘perfect,’ but after this interview, it’s clear that Led Zeppelin was as close to it as anyone could possibly get!