Little Boy Walks Into Guitar Shop, And What He Does Next Stuns ENTIRE Shop Staff 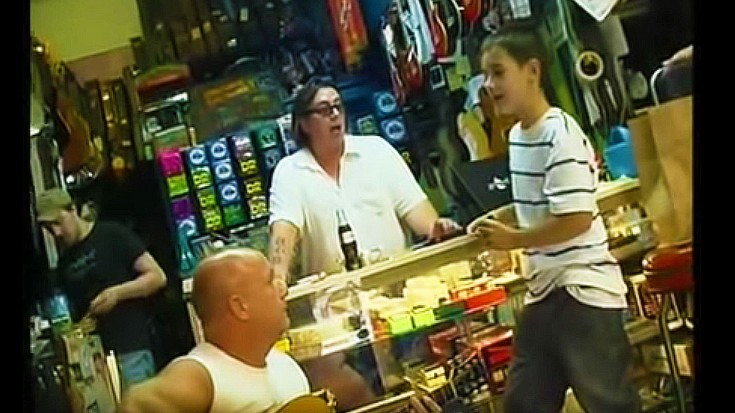 Definitely Not “Just Another Day” At Chelsea Guitars

Judging by the look of absolute shock on the faces of the staff at New York’s Chelsea Guitars, it was anything but a normal day when 13-year-old Brendan MacFarlane walked in and delivered a soul shaking rendition of Sam Cooke’s ‘Just Another Day’. We’re sure they were used to people of all ages walking in and jamming Deep Purple’s ‘Smoke On The Water’ on a random guitar lying around, but it was Brendan who, accompanied by his father, shook up their tiny guitar shop with what has to be one of the biggest voices we’ve ever heard come out of someone so small!

So massive is his voice, in fact, that the shop owner actually had to ask (once he picked his jaw up from the floor, of course) if Brendan ‘got sick’ one day and woke up discovering he could sing like that. To this day, neither Brendan or his family know where that powerhouse voice came from – when asked, Brendan’s father only shrugs and says that his extremely talented son learned to sing from listening to the radio and singing along with country legend Hank Williams.

Fun Fact: Since his big debut at Chelsea Guitars in 2010, Brendan’s released two successful albums in his native Scotland.

We’re forced to agree when the shop owner retorts with, “He sounds like the guy who taught Hank to sing!”; if Brendan was this talented at 13, then we can’t wait to see what the cards have in store for this kid in the future!