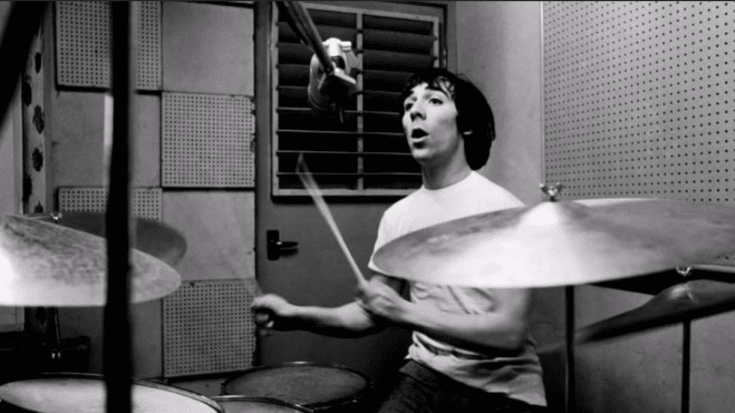 The only one who can play and sound like Keith Moon… is well, Keith Moon. And in this isolated drum track for “Pinball Wizard”, his extraordinary skills behind the kit is highlighted. He was truly in a league of his own and most drummers today can only wish to be half as good as him.

“Pinball Wizard” was featured on The Who’s ambitious rock opera Tommy. Although it has since achieved classic status, Pete Townshend once referred to it as “the most clumsy piece of writing [he’d] ever done”. Still, it’s one of their best known and most enduring songs. Plus, it’s a fan favorite so it became a staple in the band’s live repertoire. They even played it at Woodstock Festival in 1969.

The Who released it as a single and that version was sped up to make it more radio friendly. In an interview with Melody Maker, Moon admitted that his “whole style of drumming changed when I joined the band.” He used to simply copy “straight from records” but when he joined The Who, he developed a style of his own. He added, “I took [the idea] from Gene Krupa with all the stick twiddling and thought it was great.”