Linkin Park Rehearse For The First Time Since Chester Bennington’s Death, & The Photos Are Heartbreaking 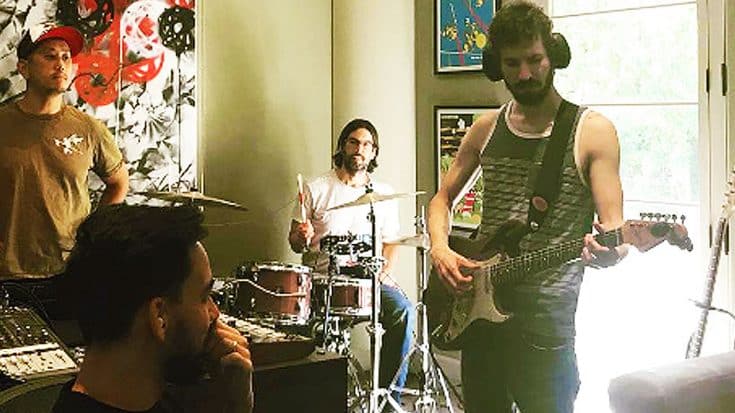 Back in July, Linkin Park frontman Chester Bennington tragically took his own life. Chester was universally loved across the rock community, and his voice was legendary. It was gut-wrenching to see him go, and Linkin Park’s future was immediately put into question.

A few months after his passing, the band announced a special tribute show, which is slated to happen at the Hollywood Bowl on October 20th, 2017. Since Chester’s passing, the band has not made any public appearances together, or performed together. In preparation for the emotional evening, the band reunited for a rehearsal and bassist Dave “Phoenix” Farrell posted the first picture of the band all together on Instagram. In the caption, Phoenix writes that they are “back to work” and they feel “good to be back.” Although there must be a lot of non-visible pain among them, they look like they are picking up where they left off. The show should be beautiful, but also an emotional night for all.

Check out the photo down below, and the most recent interview with Mike Shinoda on KROQ.

Home from the #dunhilllinks and back to “work!” Good to be back with the guys ??????