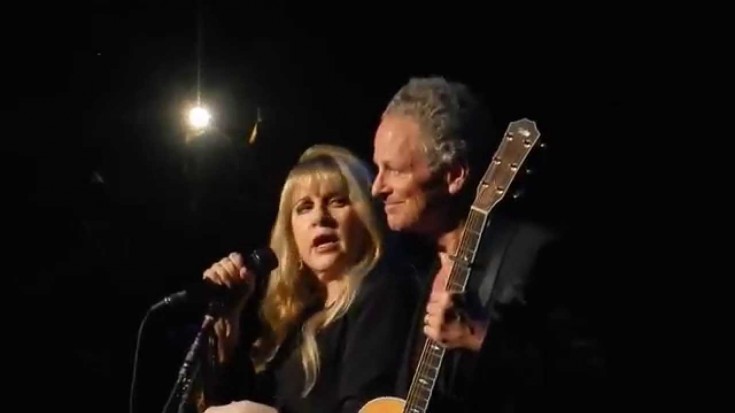 Additionally, Buckingham reveals that he already had an inventive split with the band after 1979’s Tusk, which was decades before he got fired in 2018. In a new interview with Classic Rock, Buckingham shares,

“I was shocked to realize that the last Fleetwood Mac studio album, Say You Will, came out in 2003,” and added, “We did want to make an album… around 2012. I had a bunch of songs, and Mick [Fleetwood] and John [McVie] and I went in with the producer Mitchell Froom and cut a bunch of stuff. This was before Christine [McVie] returned to the band in 2014. We very much wanted to draw Stevie in, and for some reason she refused to participate.”

“that part of it is because I’d been very prolific, and that comes down to choices I’ve made. She, on the other hand, has sort of gotten a little bit disoriented in her wanting to pursue Stevie Nicks in capital letters, if you will. In defending the brand, as opposed to defending the creativity, I think she kind of lost track of her writing a little bit, and maybe didn’t think she had anything she felt she could offer, and so did not want to be a part of it.”

According to him, the band staged one another in an “effort to engage,”

“Christine had a bunch of song ideas and I helped her with those, and we eventually went in the studio and cut those. And we were still hoping to make that a Fleetwood Mac album, and Stevie wouldn’t do it. It wasn’t for lack of trying.”

Buckingham then explained how Tusk was a different kind of album from Rumours,

“I wanted to undermine the external expectations that were about to take hold of us as a band had we made something like Rumours 2,” he continued, “I probably would’ve been quite happy to go on making more esoteric albums like that in Fleetwood Mac, but the politics dictated otherwise within the band. Mick and everyone else was initially sort of skeptical about what I wanted to do on Tusk, and then got drawn into it. But then when it didn’t sell 16 million albums like Rumours, there was a kind of a rethink about whether that was what we wanted to do.”

He also added that he quickly,

“realized the only way for me to continue to explore the more left side of my talent – which I was pretty sure was where the growth was going to lie for me as an artist – was that I was going to have to do it on solo albums. So I had this sort of schizophrenic tightrope thing I was walking between the big machine and the small machine, if you will.”

Buckingham will release his self-titled solo LP in September.