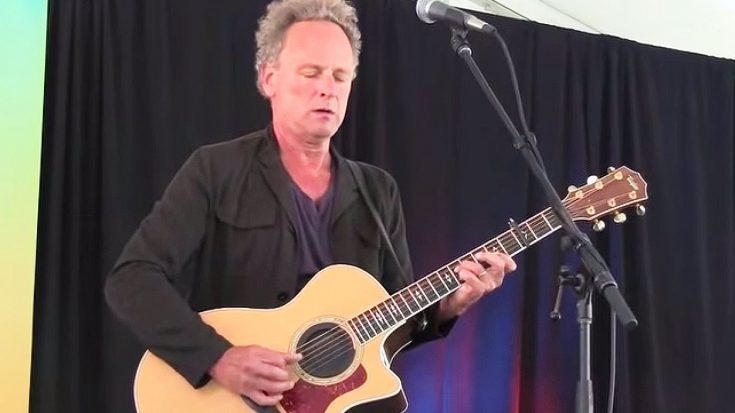 The remaining dates on Lindsey Buckingham‘s European and UK tour has been canceled due to his ongoing health issues.

A statement from his official social media page was recently released and it reads:

“Lindsey sends his deepest apologies to all of his fans who were planning to attend and hopes to return to Europe in the future.”

In 2019, the guitarist suffered a heart attack and underwent an emergency heart surgery. That was less than a year after being fired from Fleetwood Mac. His then-wife, Kristen, said that they still “feel so fortunate that he’s alive, as he does.”

A year later, Buckingham announced that he will be having a solo tour, however, due to the global pandemic, it was cancelled. Eventually, he got back on the road in September 2021 to perform a selection of Fleetwood Mac classics and solo material from his self-titled album.

Last May, his tour in Europe was postponed when he and his other band members tested positive for COVID-19. As per a statement released during that time, Buckingham was so excited to come to Europe for the first time as a solo artist and this unfortunate event was so “heartbreaking for Lindsey.”

Supposedly, Buckingham is still scheduled to perform a series of US concerts later this year. But despite the circumstances, he is still grateful to be touring and performing with a group of musicians. For him it’s “more relaxed” than the one he shared with Fleetwood Mac.

However, the musician will always remember “the camaraderie of it,” referring to the friendship he had with his former bandmates, “and the shared musical values and the lack of politics that always existed in Fleetwood Mac is what’s so meaningful to me,” as he told The New York Times earlier this year.