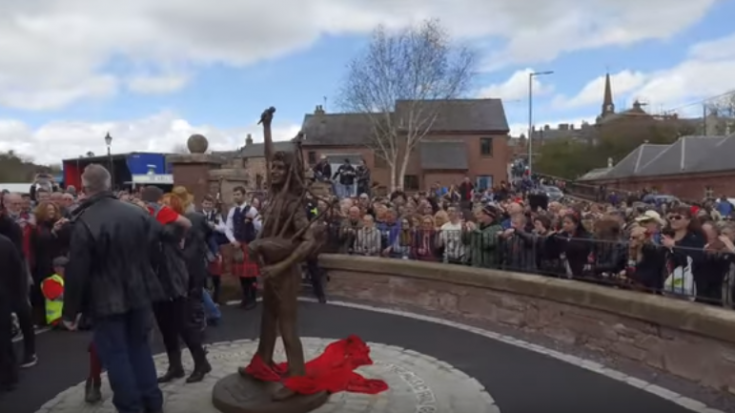 Paying Homage To A Legend

Bon Scott, who was the lead singer and frontman of AC/DC from 1974-1980, was born in Forfar, Scotland and also lived in Kirriemuir for about five years. His family moved to Melbourne, Australia when he was only six years old. The town of Kirriemuir has been holding BonFest since 2006 — it’s an annual rock music festival in honor of Bon Scott. For their 10th anniversary, they have unveiled a life-size statue as another way to pay homage to the late rock icon.

Weighing 450 kilograms, Scott’s sculpture stands on top of a mosaic which features the following lyrics: “And the music was good and the music was loud, and the singer turned to the crowd and said ‘Let there be rock’.”

It was in 2012 when fans from 32 countries all over the world raised funds amounting to £45,000 to have sculptor John McKenna build the statue. According to Mark Evans, former AC/DC bassist who also attended the ceremony: “The statue has captured his essence, right down to his tattoos.”