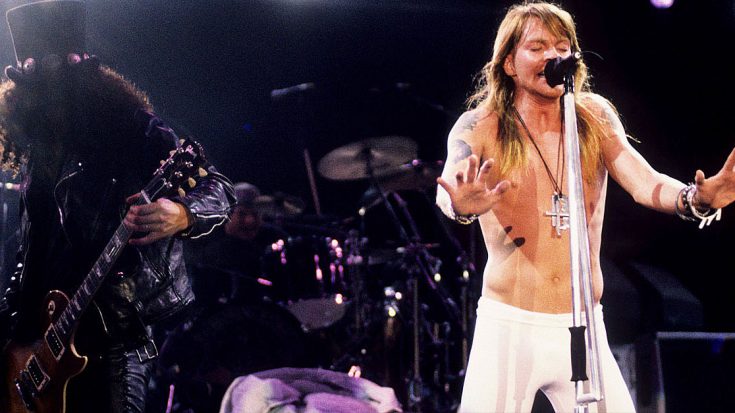 Guns N’ Roses Return To The Scene Of The Crime

It’s been an impossible year full of seemingly impossible things. The Chicago Cubs won their first World Series in 108 years, Axl Rose and Slash patched things up, and Guns N’ Roses made it through an entire North American tour without self destructing – and now, Guns N’ Roses are adding to their winning streak by returning to the place we first said goodbye 23 years ago for one hell of a comeback show.

23 years ago, Guns N’ Roses played the last of more than 200 shows on their Skin N’ Bones Tour in Buenos Aires, Argentina; exhausted in every way conceivable, the boys delivered a show for the record books before taking their final bow, surely never thinking that it would be two decades before they returned together. Last weekend, for the first time in 23 years, fans in Buenos Aires welcomed Guns N’ Roses back to River Plate with open arms as these Los Angeles rock legends hit the stage for two hours of excitement and good old fashioned rock and roll, highlighted by a special appearance from former drummer Steven Adler, who filled in on drums for “My Michelle” and “Out Ta Get Me”.

Two decades ago, there was a feeling of finality in the air as we said goodbye to Guns N’ Roses – but last weekend, nothing but smiles and high energy abounded as the boys brought their fans along on the next chapter of their wild ride. Check it out in the footage below!