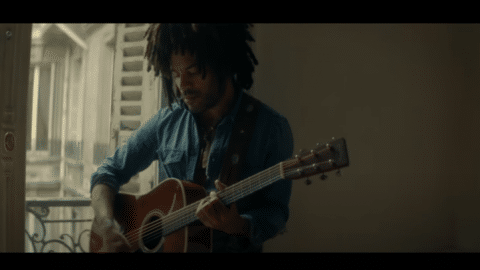 He Said Those Two “Became My Steady Diet”

In Lenny Kravitz’s upcoming memoir “Let Love Rule”, he recalled how a friend introduced him to weed and Led Zeppelin at the same time. He was experiencing his first high when he discovered their music. Out on October 6, the book follows Kravitz’s journey from a kid who found salvation in music to a full-fledged rockstar.

In an exclusive advance excerpt via Rolling Stone, there’s a chapter called “The Zen of Zep” where Kravitz shared about how the introduction of weed and Led Zeppelin on the same day inspired him to pursue a career in music.

He wrote, “I’m talking about rock ’n’ roll and marijuana. That combination propelled me in a whole different direction.”

He was hanging out with two friends, Shannon and Derek, in the empty courtyard of an unused church during lunch break. It was where Shannon lit a joint before passing it to Derek and Kravitz. It wasn’t Kravitz’s first time trying weed but his past experiences “never felt much”.

He recalled, “For Santa Monica teens in the mid-seventies, smoking weed was like breathing air. I took a puff and exhaled. Still no effect. Shannon told me to hold it in longer. I did, and this time something shifted. At precisely the same time the head rush hit, Derek slipped a cassette in his boombox.”

He explained that “This was a moment. Maybe the moment. My head exploded. My mind blew up with the sound of the screaming guitar, the crazed vocal, the blasting beat. I was knocked on my ass. I hadn’t even heard of Led Zeppelin. I didn’t yet know the names Robert Plant, Jimmy Page, John Paul Jones, and John Bonham. All I knew was that this music was electrifying every cell in my body. The mixture of marijuana and “Black Dog” sent me soaring. The sky opened up. The world got bigger and more beautiful. I was fucked up.”

And he noted, “On the same day and at the same time, I turned into both a pothead and a Zep head. Before the end of the week, I’d bought every single Led Zeppelin cassette. Marijuana and rock ’n’ roll became my steady diet.”