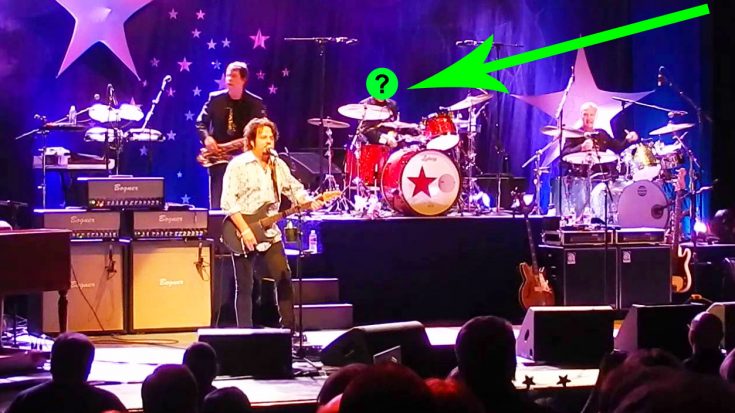 Ringo was the Starr of the show!

There’s an old joke about The Beatles: John was the soul of the band, George was the spirit, Paul was the heart and Ringo was the drummer. Not a lot of people give Ringo credit for his simplified drumming style, but we can assure you that he is one of the best to ever do it!

To prove this, we’ve dug up a video of Ringo performing with the band Toto! During one of their concerts, Ringo crashed their set, and joined them for a beautiful take on the band’s #1 hit “Africa.” If you’ve listened to Toto before, you would know that their drums are highly regarded! Even though the beat of this song is fairly simple, the amount of fills can make it difficult to play. But, Ringo handles these with ease, and puts on a fantastic performance all around! Toto’s musicians even do a fantastic job on this version of the song, and it’s easily one of our favorites that we’ve seen!

Check out Ringo’s amazing cover down below, and l;et us know what you think!