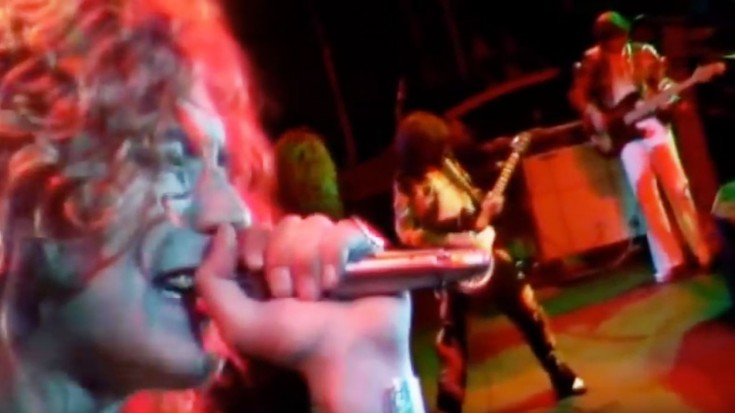 Slice Of The South

“This is a song that comes from the deep South of America and it ended up consequently in Earl’s Court, if you believe…” – Robert Plant

Led Zeppelin’s “In My Time Of Dying” stemmed from Blind Willie Johnson’s 1920’s “Jesus Make Up My Dying Bed” and brings southern blues all the way to the corners and tips of England. Performing the iconic blues classic in Earl’s Court, Led Zeppelin brings everything they have ever loved about the South to the performance.

Interesting Fact: At 11:06, it is the longest studio track on any Led Zeppelin studio album, but contains no long instrumental passages despite its extended timing.

From sixth studio album Physical Graffiti, “In My Time Of Dying” highlights the hidden gem of the group that is John Paul Jones as keeps up with Page on his fretless bass beautifully and even wrote some of Jimmy’s riffs for the song. As he seemed to fall toward the sidelines, JPJ is definitely recognized as one of the greatest musicians of all time.

Although this is most likely not the greatest live performance of this song, we felt compelled to share the feeling that it gives to us when we watch it. Enjoy!