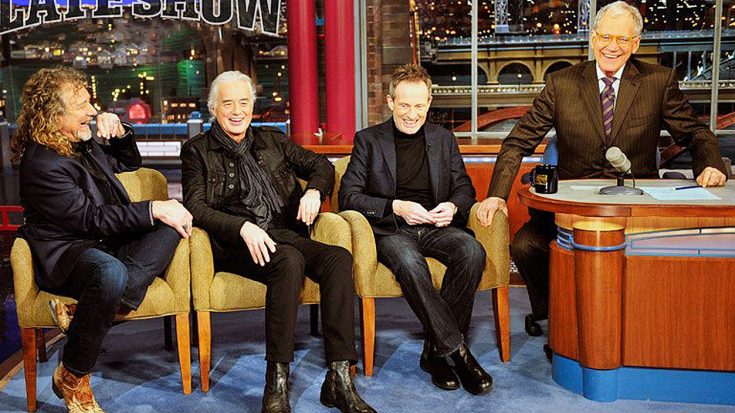 John Is Just Having The Time Of His Life!

So I’m not sure, but you may have heard of this small independent band called Led Zeppelin. They’re basically a one-hit wonder that did like two tours, but that’s about it. Okay, but seriously now, Led Zeppelin is unquestionably one of the (if not THE) most influential and simply greatest rock bands that has ever taken to the stage.

Each member of the band is a key character in the evolution of rock music in of themselves. All joking aside, this band is truly one of the, and I am not exaggerating here, one of the most important things to happen in music. But with all praise aside, here’s a bit of humor.

What you’re about to watch is a video in which the three remaining members of Led Zeppelin, Robert Plant, Jimmy Page, and John Paul Jones are all guests on The Late Show With David Letterman. The interview is quite a hoot, especially John Paul Jones. Keep your eye on him!