Led Zeppelin Jam “When The Levee Breaks” With Neil Young, And Neil Has The Time Of His LIFE 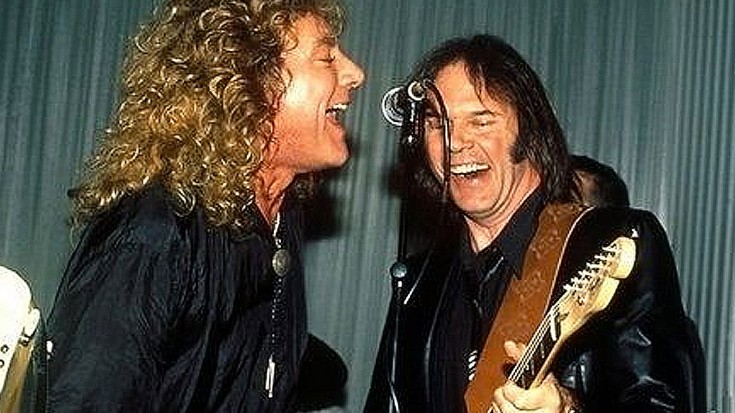 Though at odds when they took the stage at the 1995 Rock And Roll Hall of Fame induction ceremony, rock giants Led Zeppelin managed to put their differences aside and shake off any awkwardness for their three song set in honor of their induction into the Hall where, joined by fellow rock legend Neil Young, the greatest band in rock history proceeded to remind us all exactly why we gave them that title in the first place. Young, a decades long fan of Led Zeppelin, joined in for “When The Levee Breaks” – trading licks with Jimmy Page for nearly 9 minutes before launching into an explosive guitar solo of his own as he got to live the dream of every rock fan who grew up playing air guitar in their bedrooms to Led Zeppelin albums.

Fun Fact: Neil had so much fun playing with Led Zeppelin that night that at one point, he talked about writing an entire album with the guys!

Though the entire performance is an affair to remember, our favorite part of Led Zeppelin and Neil Young’s moment together onstage is seeing how much fun everyone seems to be having! Robert, Jimmy, John, and Neil may be four of the most talented and influential rockers to ever grace a stage, but that night at the Rock And Roll Hall of Fame induction ceremony, they were just four guys who still really, really loved to play their favorite songs – and that alone is what makes this all-star performance worth watching. Check it out in the footage below!