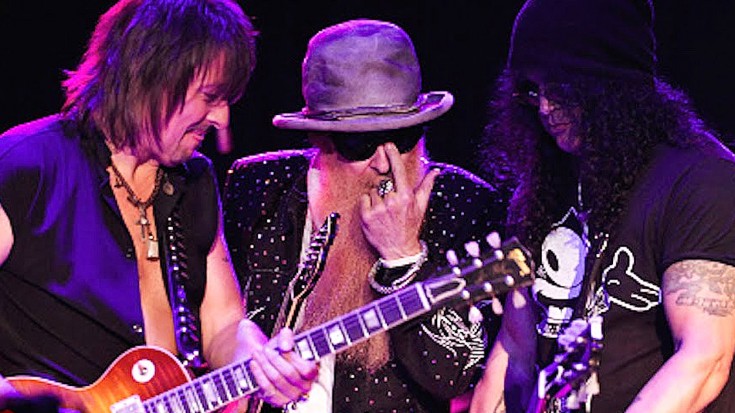 It’s been a big year for ZZ Top! The first performance of ‘La Grange’ in the city of La Grange, Texas of their entire career, and now Billy Gibbons was honored for his contributions to Los Angeles’ Adopt The Arts, a program that funds music programs in schools.

To mark the occasion, Billy took the stage that night for a performance of ‘La Grange’ that was a little different from all the rest; noticeably missing was Dusty Hill who was recovering from a fall, but taking his place that night was an all star cast that featured special guests Richie Sambora of Bon Jovi, with Guns N’ Roses alumni Slash, Duff McKagan and Matt Sorum!

Guys, I wasn’t ready for how incredible this performance was! ‘La Grange’ is the quintessential rock and roll tune featuring one of the most iconic riffs in rock history, and with lyrics talking about the infamous Chicken Ranch brothel, it’s the height of all things rock and roll. Who better to share the stage that evening than some of rock’s own bad boys and legendary figures?