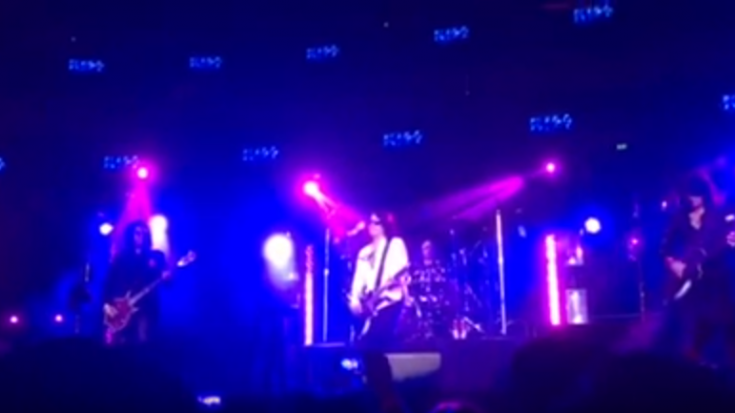 Lighten Up While You Still Can!

Over the weekend, the L.A. Kiss football team took on the Jacksonville Sharks (with a score of 64-39) during the season opening at the Los Angeles Honda Center. KISS rocked the entire arena of about 6,805 audience with their acoustic cover version of The Eagles’ first single “Take It Easy”. Rhythm guitarist Paul Stanley referred to Glenn Frey, a co-writer of the said song as a “brilliant songwriter.” Aside from Stanley and Gene Simmons, their current lineup included lead guitarist Tommy Thayer and drummer Eric Singer.

It’s no secret that co-lead singer Simmons is a huge fan of The Beatles. He once said: “We can’t be The Beatles. I can’t shine their shoes. I can’t sing as well as Paul or John. I can’t write those kind of songs.” Thus, it’s not surprising that they also performed their own rendition of “Listen to What the Man Said” during the event — a hit single from Wings’ 1975 album. Stanley even added: “We’re old. We kind of forget where we are.”