Don Henley Shares FANTASTIC News After A Heartbreaking Start To 2016 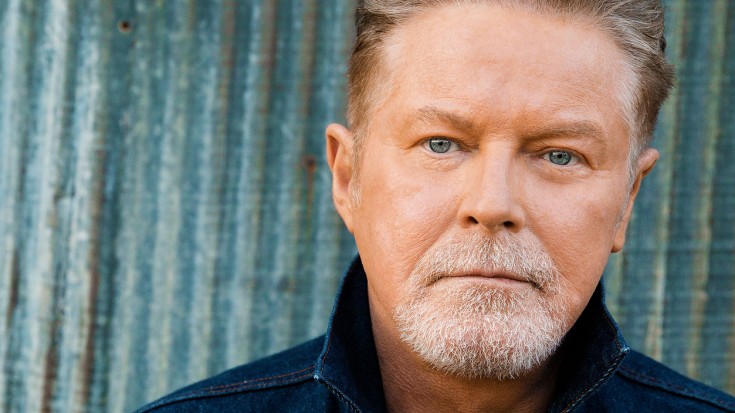 It’s Not The End Just Yet!

It’s been a long, long year for former Eagle Don Henley. His best friend and writing partner Glenn Frey passed away at 67 in January and within weeks of Frey’s passing, it was announced that the Eagles were no more – Henley says that the band’s Grammy tribute to their fallen friend was “a final, appropriate farewell”. Many wondered what Henley would do now that he’s no longer working with the Eagles, and fans got their answer when Henley announced a summer 2016 tour in support of his solo album, Cass County!

Named after the East Texas county where he grew up, Cass County is Don Henley’s first solo album since 2000’s Inside Job; it’s a gorgeous fusion of the country and rock music that have influenced Mr. Henley over the years, and features the talents of some of music’s most respected figures, such as Alison Krauss, Dolly Parton, and Lee Ann Womack.

Slated to kick off in Stockholm, Sweden on June 20, Henley’s Cass County Tour will take the singer well into September where he’ll round off the 24-date event with a final show in Brooklyn, New York on September 21st.