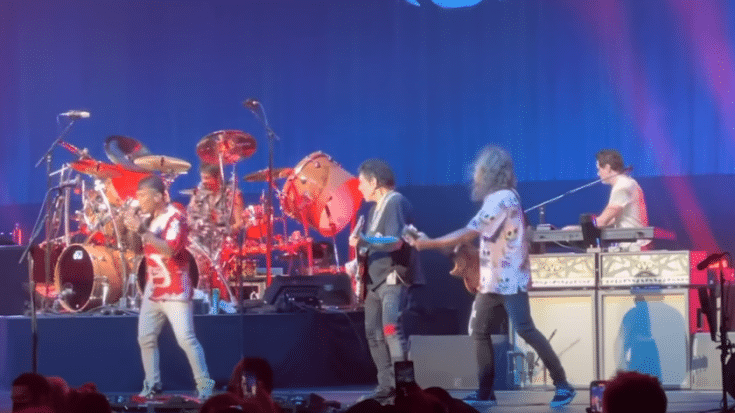 Hammett joined the night to play “Wheel in the Sky” and the classic “Enter Sandman.” After the Journey’s second consecutive show, Neal Schon tweeted the next morning saying:

“Had a great time with Kirk Hammett of Metallica last night at second sold-out Journey show in Hawaii.”

The band recently released their 15th album, Freedom, after 11 years. Hammett, on the other hand, released his debut solo EP last April.

“They knew all this time I’d been investigating our trademarks for years.

“Trying to get to the bottom of all the corruption, as [my wife and I] found that nothing had ever been trademarked besides our music. They all went for a takeover and it didn’t work. Quite simple.”

Watch their fan-filmed performance below.