Kids Listen To Nirvana For The First Time, And Their Reactions Are Hilariously Priceless! 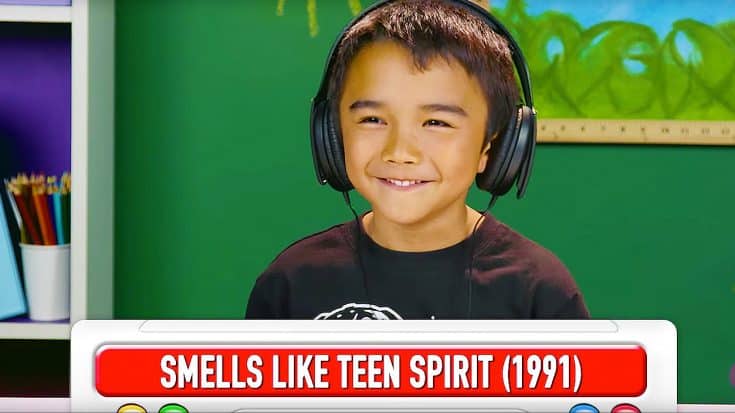 If you’re a lover of rock music, it’s almost a guarantee you’ve heard of Nirvana. Nirvana jumped onto the scene in the 90’s, and brought forward a new sub-genre in the rock scene: grunge rock. Their deep lyrics and heavy sound inspired a generation, and paved way for many other bands to follow in their footsteps.

The kids were played songs like “All Apologies,” “Heart Shaped Box,” “Polly,” and, of course, “Smells Like Teen Spirit.” The reactions were pretty positive, but some were mixed. Some kids had a disgusted look on their face at some of the lyrics, but overall, the music was pretty well received. There are also some legendary moments for comedy, and some great one-liners you’ll be repeating everyday!

“I was trying to write the ultimate pop song. I was basically trying to rip off the Pixies. I have to admit it. When I heard the Pixies for the first time, I connected with that band so heavily that I should have been in that band—or at least a Pixies cover band. We used their sense of dynamics, being soft and quiet and then loud and hard.” – Kurt Cobain

Check out the hilarious video down below, and let us know what you think!