Kids Listen To Guns N’ Roses For The First Time, And Their Reactions Are Absolutely Priceless 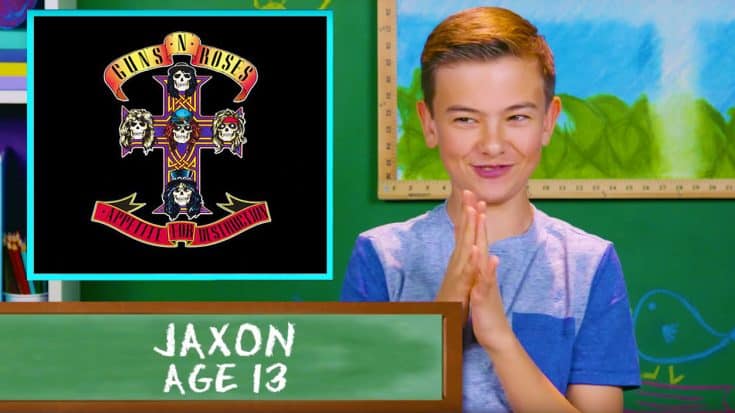 If there were an award for “Coolest Kids Ever,” the kids in the video you’re about to see would absolutely win it. In the latest segment of Fine Brothers Entertainment’s famed ‘Kids React…’ franchise, we’ve got a group of kids listening to Guns N’ Roses – more specifically, their debut album Appetite For Destruction – for the very first time, and we’d be lying if we said their reactions didn’t make us smile and cheer a little.

From the first few notes of “Welcome to the Jungle,” it’s clear that we’ve stumbled across something special – these kids’ eyes positively light up when they realize that they know the song and actually like it, complimenting the heaviness of Steven Adler’s drums and the interplay between guitarists Slash and Izzy Stradlin.

Fun Fact: Slash claimed that writing “Welcome To The Jungle” only took them three hours!

While the younger kids don’t understand what Axl is saying and only know that they like the sound of what they’re hearing, the older kids marvel at how groundbreaking Appetite For Destruction was, which is pretty remarkable when you consider the fact that they hadn’t heard the album in its entirety until this moment. All in all, this makes for a pretty fantastic video that restored our faith in the youth of today and made us want to dig out our Guns N’ Roses albums for old time’s sake; be sure to give it a spin and as always, don’t forget to sound off in the comments below and let us know what you think!