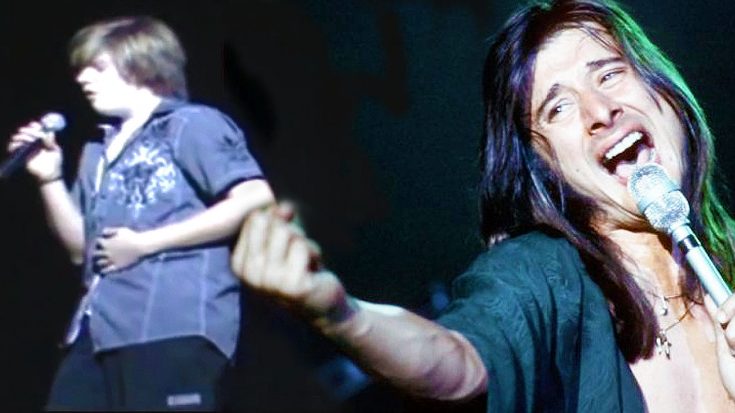 He brought the house down!

One thing that made Journey one of the most iconic bands in music history, was Steve Perry’s voice. Perry’s voice is among some of the best in music, and probably sits number two to Queen’s Freddie Mercury’s if you were to rank them in order. That being said, Perry’s voice is nearly impossible to mirror. But that hasn’t stopped people from giving it a valiant shot.

During a high school talent show, student Jonathan O’Neal stole the show when he stepped on stage and pulled off an incredible cover of Journey’s smash hit “Faithfully”! His vocal range is absolutley insane, and if you close your eyes, he sounds eerily similar to the great Steve Perry! The crowd went absolutley crazy for his performance, and were left with their jaws on the floor in amazement!

Fun Fact: Journey’s first music video was for this song. At the time, finding a director for a video wasn’t easy, especially in America, so the band’s manager, Herbie Herbert, hired the guys from NFL Films to shoot footage of the band on the road and onstage. So the same guys who filmed Walter Payton scoring touchdowns also filmed Steve Perry shaving his mustache!

Check out Jonathan’s amazing performance down below and let us know what you think!