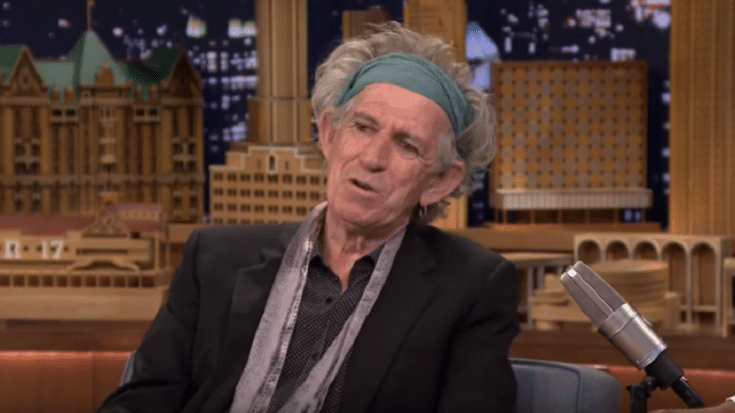 Not The Meeting You’d Expect

When iconic Rolling Stones guitarist Keith Richards appeared on The Tonight Show Starring Jimmy Fallon, he shared a story about a meeting with Chuck Berry that ended up with him becoming one of Berry’s biggest hits – literally. After admitting that Berry was a huge influence on him and his music, he proceeds to tell host Jimmy Fallon about what happened in a dressing room in New York.

Richards said, “I was in his dressing room, he was doing a gig, he went off to collect the money, I think. He was a tightwad — bless you, Chuck! His guitar was laid out in his case. [I thought], ‘Ah, come on, Keith, just a touch. Just let me give it a little E chord.'”

He then added, “[Chuck] walked in and goes, ‘Nobody touches my guitar! BONG!’ It was one of Chuck’s biggest hits.”

This isn’t the first crazy encounter between the two. In 1983, two years after that backstage punching, Berry dropped a lit match down Richards’ shirt. That happened at the airport. And according to Richards, “Every time him [Berry] and me got in contact, whether it’s intentional or not, I end up wounded.”