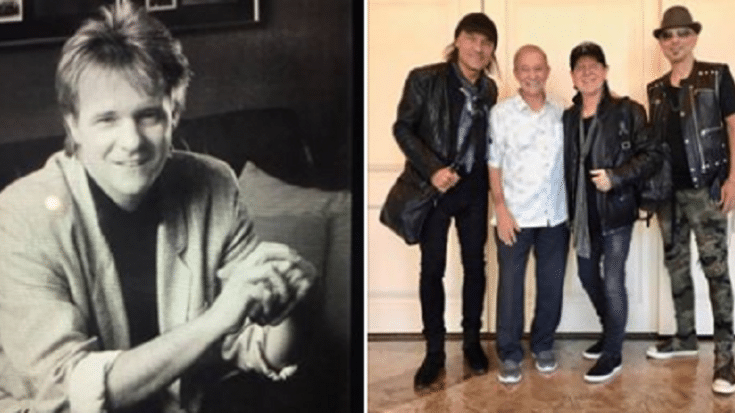 The news of Keith Olsen’s death was confirmed by rock band Scorpions whom he has worked with in 1990 for their eleventh studio album “Crazy World.” They wrote on Facebook: “We just learned about the passing of our dear friend and producer Keith Olsen. Keith produced many iconic albums, including our album Crazy World. Keith was a wonderful guy, and the making of Crazy World was such an inspiring journey, containing outstanding songs like Wind Of Change and Send Me An Angel, which had the Keith Olsen touch on every single note.

“Our hearts and prayers go out to his family. RIP Keith. You live on in the music.”

Olsen’s cause of death has not been revealed but several of his collaborators took to social media to offer their condolences.

Throughout his career, Olsen worked with numerous iconic musicians like Ozzy Osbourne, Whitesnake, Pat Benatar, the Grateful Dead, Heart, Santana, Foreigner, Journey, Emerson, Lake & Palmer, Joe Walsh, and Eric Burdon & the Animals to name a few. He helped release some of the most unforgettable albums in rock and produced over 100 LPs. He used to work as a bass player before landing a gig as an engineer at Sound City Studios. He’s best known for his work with Fleetwood Mac.

1) My amazing and talented friend Keith Olsen has passed away. Such a gifted producer. And later on a wonderful guy. Ha, ha... he could be a bit of a pistol in the studio but that was part of his talent. Sticking to his guns when some whiny artist (me) would say, "I don’t think pic.twitter.com/5g2Jd6sLhA

2) that works." He didn't produce all those hits for all those musicians for no reason. He had a golden ear and helped so many people reach their potential. I remember playing him my demos and he picked “Jessie’s Girl” out of a batch of 15 songs and said "This is a hit.”

3) I doubted him and thought there were better songs in my demo reel. Proof right there of his gift. May God give your spirit the peace and joy and the rest it deserves. You were a star maker in so many ways. God bless your memory my friend. ♥️ pic.twitter.com/0PE6p5MvVE