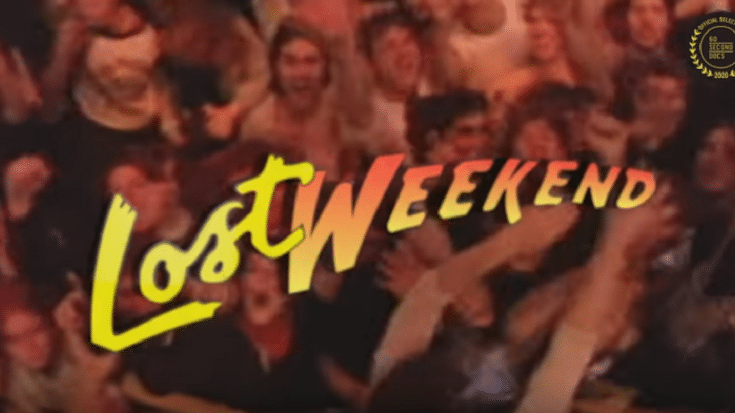 Directed by Bradford Thomason and Brett Whitcomb, the documentary follows two guys from Pennsylvania who won MTV’s “Lost Weekend” contest – 20-year-old Kurt Jefferis and his friend Tom Winnick. On April 1984, they rode a limo on the way to the airport to board a private jet to Detroit, Michigan where Van Halen would be performing at the Cobo Arena for two nights.

The filmmakers wrote in a statement: “Lost Weekend was born out of many late nights watching classic MTV music videos, awards shows and MTV bumpers. Among the madness appeared the commercial for MTV’s Lost Weekend contest. Before we knew it, the simple suggestion that ‘We should do a doc about the guy who won that contest!’ turned into a week in Pennsylvania, the surprising discovery of untouched raw archive footage, a newfound appreciation for Van Halen’s music and the short film that is Lost Weekend.”

For Jefferis, it was quite an experience. He was brought onstage, got pelted with a cake on his face and then sprayed with champagne. It was even wilder backstage – he drank, smoked pot, and and snorted “a little cocaine off David Lee Roth’s pinkie.”

You can watch the film below.