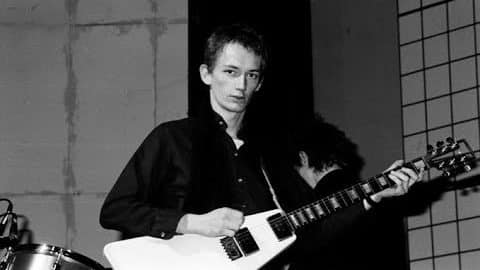 The co-founding guitarist of the Clash and later became admitted to Public Image Ltd, Keith Levene, died last November 11 at the age of 65.

His close friend Adam Hammond confirmed the news but didn’t reveal the cause of death. Although there were reports saying that the musician had been suffering from liver cancer. Hammond wrote on his social media:

“There is no doubt that Keith was one of the most innovative, audacious, and influential guitarists of all time. Keith sought to create a new paradigm in music and with willing collaborators, John Lydon and Jah Wobble succeeded in doing just that. His guitar work over the nine minutes of ‘Theme,’ the first track on the first PiL album, defined what alternative music should be.”

“As well as helping to make PiL the most important band of the age, Keith also founded the Clash with Mick Jones and had a major influence on their early sound. So much of what we listen to today owes much to Keith’s work, some of it acknowledged, most of it not.”

Levene released his debut solo album, Violent Opposition, in 1989, which featured some members of the Red Hot Chili Peppers. Prior to that, he co-produced the band’s early demos. Levene was also a huge fan of Yes in his younger years.

So, it was a huge milestone for the guitarist to be able to manage and become a roadie for the band in the ‘70s. However, Rick Wakeman advised him to stop wasting his time and pursue his own musical ambitions. He said in an interview:

“One day, I just remember that I went out to West London.

“We met this guy named Mick Jones, known as ‘Rock ’n’ Roll Mick’ at the time. We really became instant fast friends. He said, ‘Keith, what do you want to do?’ I said, ‘All I know is I want to form a band.’”

Although he did not get the chance to have a proper band before, he enjoyed the experience of forming the Clash in 1976. Meanwhile, he thought that the Sex Pistols were “the best fucking thing I’d seen in years” but did not want to join them though. He said:

“For the Pistols, the only guitarist is Steve Jones and the only bass player is Sid [Vicious] or Glen [Matlock].

“That’s why I didn’t want to join… I wanted to do Public Image Limited.

He described frontman Lydon as “the bee’s knees, absolute killer fucking most deadly vocalist there was,” but added:

“I found out afterwards that this guy was just a whining git. Some of the things he did were really good… But overall… He was just so fucking useless! He’s got that Irish way with words. I didn’t realize that he was taking it all seriously with the press and all. I don’t know what the fuck happened either.”

“We had our ups and downs that had mellowed over time. My respect for his unique talent never will.”

“The way you four played together, will never happen again, so powerful and hypnotic. Poetic and dissonant, cerebral and animal.”

While the bassist of Wobble simply wrote, “RIP Keith Levene” to which Matlock replied: “What?! Aargh.”

It is with great sadness I report that my close friend and legendary Public Image Limited guitarist Keith Levene passed away on Friday 11th November.

There is no doubt that Keith was one of the most innovative, audacious and influential guitarists of all time.

One of my favorite bands of all time’s greatest era. The way you four played together, will never happen again, so powerful and hypnotic. Poetic and dissonant, cerebral and animal. What a rhythm what a sound. Everything. Rest In Peace Keith. https://t.co/BLvA2GHibD